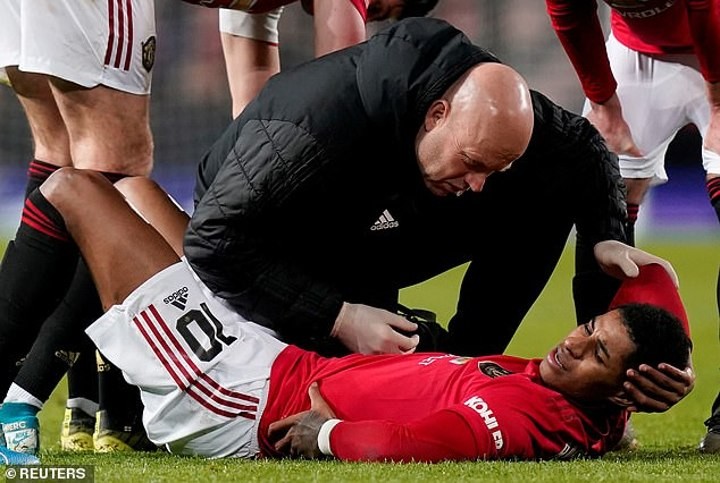 Manchester United have been handed a huge boost as Odion Ighalo claimed team-mate Marcus Rashford has fully recovered from his injury ahead of the resumption of the Premier League.

The English top flight is set to restart in two weeks' time on Wednesday, June 17 after being suspended by the coronavirus pandemic back in March.

Rashford was sidelined in January with a back injury but Ighalo has revealed the England international has returned to training.

'Everybody is looking good. Running, working hard and playing football,' he told the club's official website.

'Little two-a-sides and doing some ball work. Everyone is getting better and better.

'Everyone is training normally and training full and all that, so the squad is full and everyone is ready, I think.

'I can't wait for the league to start again.'

There were concerns that the double stress fracture Rashford sustained against Wolves in an FA Cup clash would rule him out for the remainder of the 2019-20 season.

Ole Gunnar Solskjaer's side restart their campaign with a game against Jose Mourinho's Tottenham later this month.