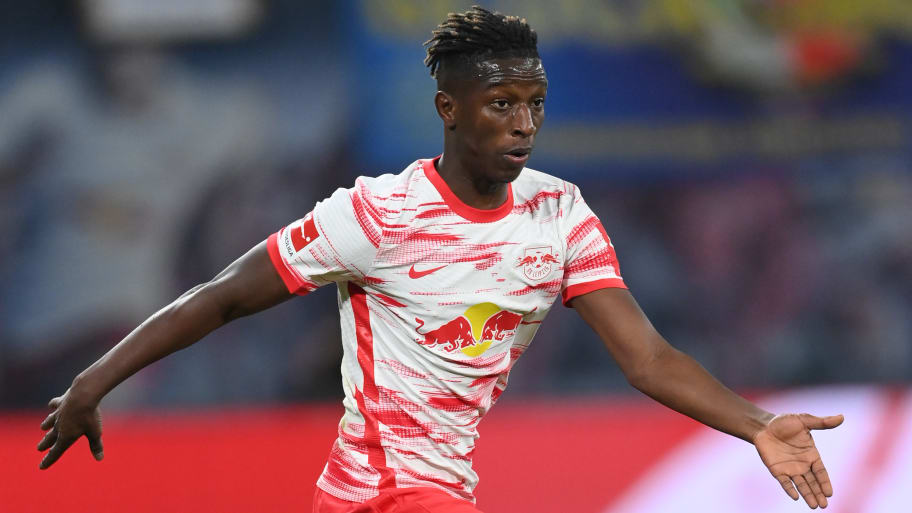 Manchester United have been tipped to scout the next two games played by RB Leipzig's Amadou Haidara ahead of a possible January bid.

Red Devils interim manager Ralf Rangnick signed Haidara during his time overseeing the football side of things in Leipzig and remains a fan of the tenacious midfielder.

The Daily Mail report that United will have the 23-year-old watched in his next two games against Union Berlin in the Bundesliga and Man City in the Champions League, with strengthening in the middle of a park a priority.

Haidara is a dynamic midfielder capable of operating in a defensive or box-to-box role, and any move to Old Trafford would threaten the places of Scott McTominay and Fred - who continue to deliver inconsistent performances for the struggling United.

As 90min reported back in September, United, along with rivals City, are leading the race for West Ham skipper Declan Rice, who has been extensively scouted during the early stages of the season.

United like what they see - particularly as Rice has helped deliver some fantastic results both at home and in Europe - but West Ham's monumental asking price, which is likely to be north of £100m, could scupper any deal from materialising.

Haidara, on the other hand, would be much cheaper. He has a £33m release clause that United should have no trouble meeting should they choose to make the move.

Other midfield targets considered by the club include Leeds United's Kalvin Phillips and Monaco starlet Aurelian Tchouameni - whom Chelsea are also keen on.

For now though, Rangnick will need to work with what he has at Old Trafford. The German had hoped to be in the dugout for his side's Premier League meeting with Arsenal on Thursday, but now that looks unlikely - meaning his first game in charge will now be on Sunday against Crystal Palace..