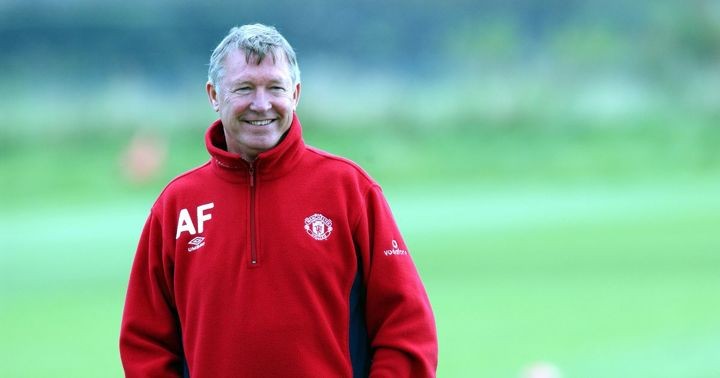 Manchester United are often ridiculed for living in the past.

Ole Gunnar Solskjaer still refers to Sir Alex Ferguson as 'the gaffer' in public, the current home kit is a homage to the days of old, and almost every week an old match is referenced in the weekly press conferences. You can't really blame them.

United are one of the most successful teams in world football with a rich history of trophies and tradition - a true 'football heritage' one former manager might say.

When the team is performing on the pitch the rose-tinted spectacles are a welcome fashion accessory, but when the team suffers a drop in form all references to the past fall on deaf ears.

That's why it is so essential United remain at the forefront of English football and only use their proud history as a way to amplify their success rather than compare it to the days of old. With such an incredible past it is no surprise to see Solskjaer and his staff looking to draw inspiration from the foundations set by Ferguson decades ago.

Ever since the Norwegian club legend was appointed as caretaker manager the brief was simple, to 'put smiles back on faces'. From large changes regarding player profiling, right down to small touches like educating youth team players about what it means to wear the famous badge on their shirts. It's a slow process, but one which is starting to pay off.

Perhaps the biggest change has been in the transfer market as United look to analyse past decisions and implement the same type of approach Ferguson did.

Speaking earlier this week Gary Neville reduced the past approach under the legendary manager into three key areas, and once again Solskjaer is staying loyal to the man who gave him his big break.

"He wanted to promote youth wherever possible," Neville told Sky Sports. It is a key component of Solskjaer's time at United, and one which has given him much credit among fans. Mason Greenwood, Tahith Chong, Brandon Williams and James Garner all made their senior debuts under the Norwegian, while a whole host of youngsters also did in the defeat against Astana late last year.

Solskjaer backed Greenwood to supplement the attacking loss of Romelu Lukaku last summer while the progress of Williams is so much the club scrapped plans to look at bringing in a new left-back too. Just like his mentor, Solskjaer is saving money by carving out the diamonds in the rough already available to him.

The second strategy was to look at the best talent already in the Premier League to form the core of the team for years to come. Neville references Gary Pallister and Steve Bruce in this bracket, a clear comparison can be made with the decision to sign Harry Maguire the last summer.

Not only was he an England international, but for his premium price United got a ready-made club captain and an established Premier League defender better than any others at the club. It is a stretch to class Aaron Wan-Bissaka in this bracket after his spell at Crystal Palace, but he is certainly showing signs of being a core component for years to come.

Finally, it is the eye for emerging international talent that could come and develop into greatness. Nemanja Vidic, Cristiano Ronaldo... Bruno Fernandes?

United had a free run at Fernandes in the January transfer window but that doesn't mean he isn't a great player. He needed a stage where his confidence would be embraced, and a juvenile team in which his leadership would be able to prosper. It is certainly paying off so far and he is already showing signs of fulfilling his immense transfer promise.

The ongoing cultural reset is beginning to deliver fruit, but its greatest legacy will be within the harvest which lies ahead. United will never ignore their immense club history, and if they continue to do things right now then they will only have another chapter to look back on with fondness in years to come.