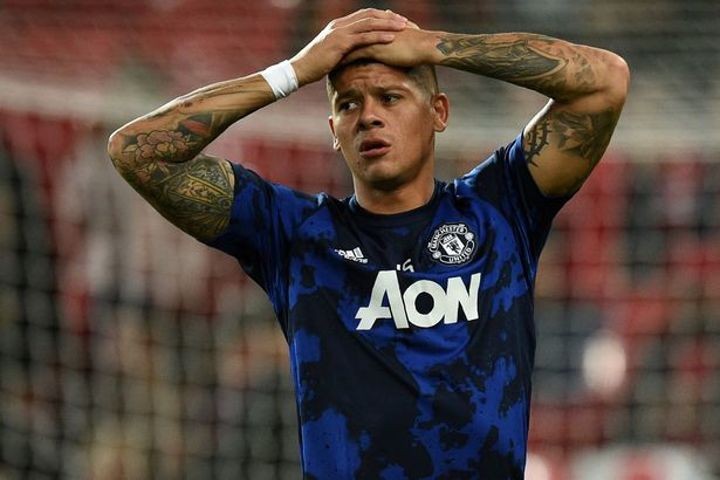 The 30-year-old defender is surplus to requirements at Old Trafford after being allowed to return to hometown club Estudiantes on loan in January.

But now Boca have entered the race to sign him permanently - and United are looking to cash in.

Rojo has only played once since going back to South America after suffering a knee injury - and United were resigned to writing off most of the £16million they paid Sporting Lisbon in 2014 to get him off the club's wage bill this summer.

But the former Spartak Moscow favourite is fit again – and Buenos Aires-based Boca are interested.

Rojo still has a year left on his United contract, with the option of signing a further 12-month extension.

Estudiantes have made it clear they want to keep him in La Plata after launching the Argentine international's career 12 years ago before he moved to Europe.

But Boca have announced they will not be keeping Paraguayan defender Junior Alonso when his loan deal expires at the end of next month.

And they are now exploring the possibility of signing Rojo.

United will now look to recoup most of their original investment on a player they were forced to discipline after he broke lockdown rules in Argentina last month.