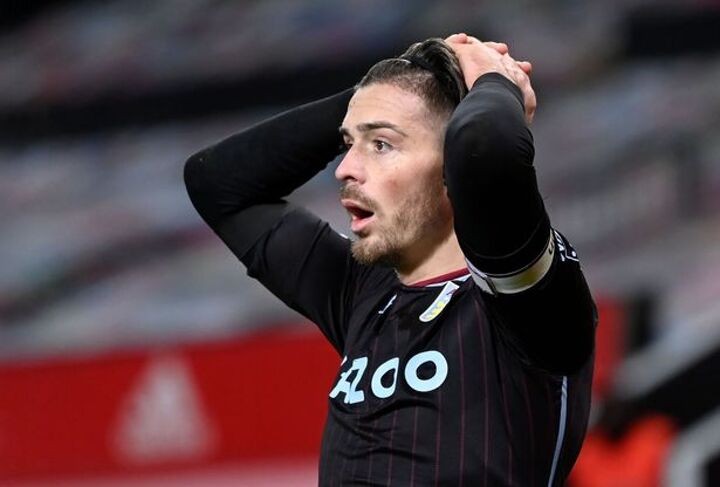 Man Utd legend Bryan Robson has hinted the club are no longer interested in signing Jack Grealish from Aston Villa.

The England midfielder was high on United's list of targets prior to the summer, but hopes of a deal were dashed by the financial impact of the coronavirus pandemic.

Grealish, 25, put pen to paper on a new five-year deal in September, and is now valued at close to £100million.

Reports suggested United were still keen on landing the Villa skipper, but Robson believes the club have turned their attentions elsewhere.

“It was a good decision giving him the captaincy. I think it’s made him a bit more mature,” Robson told Sky Sports .

“He’s a powerful player. He’s quite a strong boy and he’s quick and the way he can sort of go either way past people he’s always going to be a danger and that’s why he gets so many free kicks.

“Him and Villa have been terrific this season. He’s been linked with us but those decisions, thank goodness, are with Ole [Gunnar Solskjaer] and the board of directors.

“I wouldn’t mind seeing Jack Grealish in a Manchester United shirt. But I don’t know whether the staff at Old Trafford fancy him, as much as you’d like to see him playing for your club.”

Man City have since joined the race to land Grealish's signature after he impressed against Kevin De Bruyne in England's international fixture vs Belgium back in November.

Pep Guardiola got the chance to see Grealish again at close quarters on Wednesday as City battled to a 2-0 win over Villa at The Etihad.