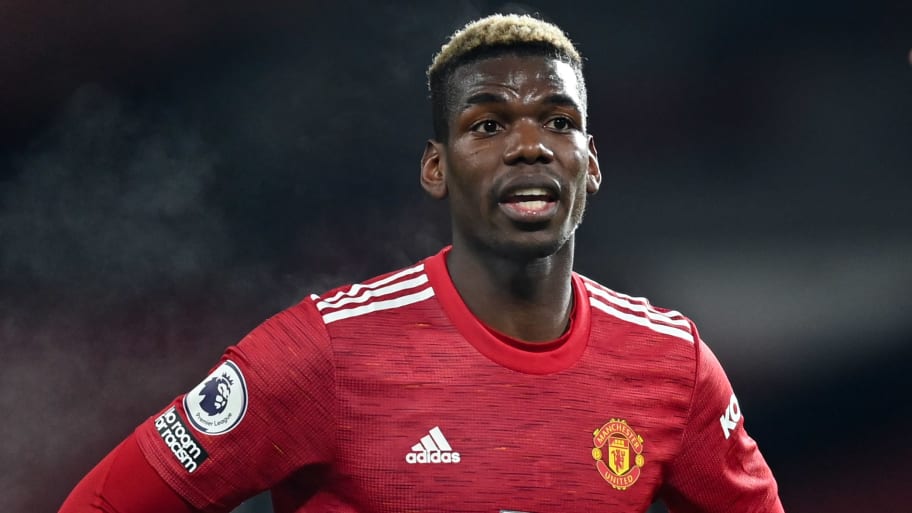 Manchester United have been tipped to continue their pursuit of Real Madrid centre-back Raphael Varane by offering the Spanish side the chance to swap him for midfielder Paul Pogba.

United have identified Varane as one of their preferred centre-back targets this summer but are losing hope in their chances of getting a deal done after seeing Real knock back a bid of £50m, instead holding out for closer to £80m.

United are reluctant to pay that and are believed to be looking elsewhere in their search for a new defender. AS believe that not only do they still want to sign Varane, but their desire to land him is so strong that they would even offer up Pogba in exchange.

As the story goes, United have offered Real the chance to give up Varane and get Pogba in exchange, with no cash involved. The players are both 28 years old, both entering the final years of their respective contracts and both not exactly jumping at the chance to sign an extension.

United are known to be discussing a new contract with Pogba, and while there may be conflicting reports over the success of those talks, it seems fairly clear that the Red Devils aren't planning to offload him just yet.

If this story doesn't already sound far-fetched to you, try this - United's willingness to sell Pogba is said to be based around the fact that they already have Bruno Fernandes and Donny van de Beek playing in his position.

If you've watched Pogba play, you'll know he plays in a completely different role to those two players and should not be considered in the same bracket. Plus, let's not act like United are that committed to Van de Beek.

Interestingly, Cuatro published a report on the same Pogba-Varane swap deal, but they suggest that this monstrosity of a proposal is over because Real have informed United that they don't intend to deal in player swaps.

Real's primary focus is raising money to sign Paris Saint-Germain forward Kylian Mbappe, and they have told suitors of their fringe players that they will only listen to full-cash bids because they're facing the prospect of needing close to £150m to bag Mbappe.

On top of that, Real aren't exactly interested in bolstering their midfield. Luka Modric, Toni Kroos and Casemiro form arguably the best midfield trio on the planet, with Martin Odegaard coming back to boost the numbers.

United may well be interested in Varane, and we all know that Real are fans of Pogba, but don't expect to see the two players swapping shirts this summer.