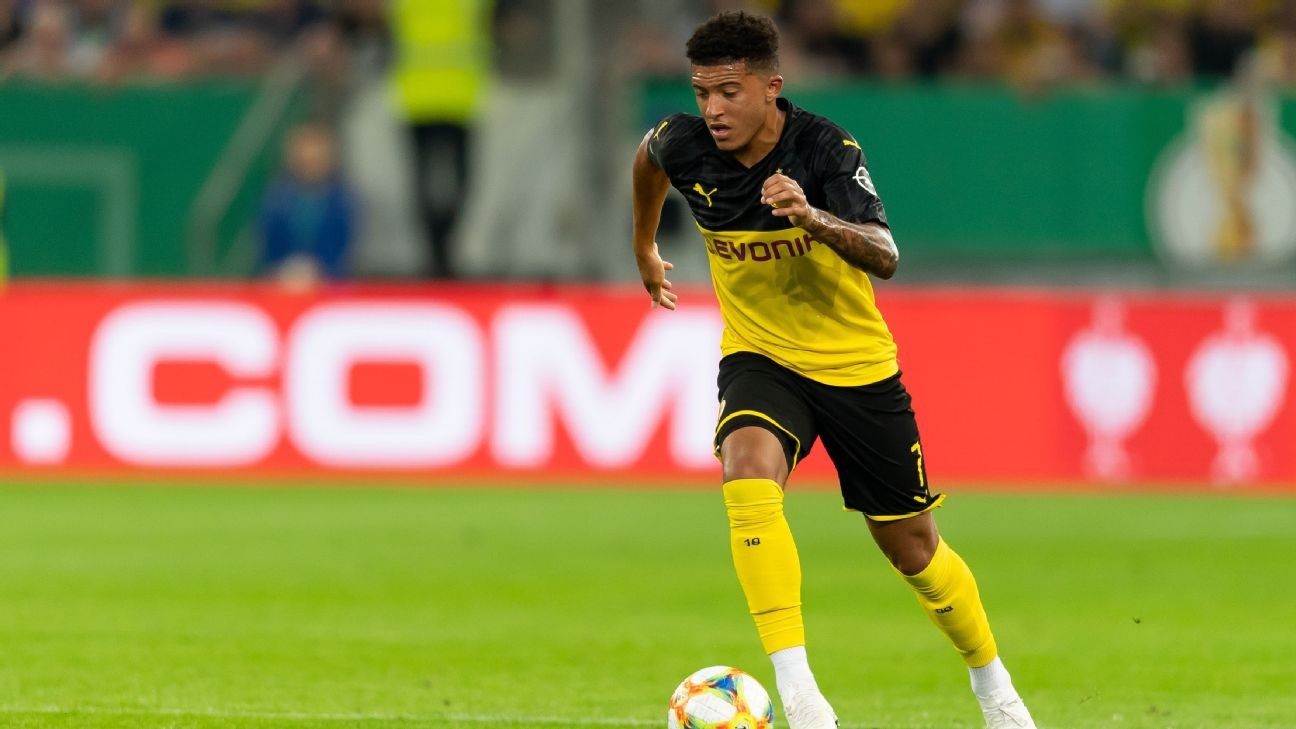 Paco Alcacer's free kick from deep sealed KFC Uerdingen's fate, in a 2-0 victory for Borussia Dortmund in the first round of the DFB Pokal.

The England international, who moved to Dortmund from Manchester City in 2017, was named in the Bundesliga Team of the Year last season as his side finished runners-up to Bayern Munich.

His form drew reported interest from United and Real Madrid but, while Dortmund were able to keep hold of Sancho this summer, Watzke said he won't stay at the Westfalenstadion forever.

"There aren't many 19-year-olds with such a potential," Watzke told Ruhr Nachrichten. "He is also not a player from the region or one who would have any connection to it.

"When you have a player like Jadon Sancho, you must reassess the situation every single year. Everything else would not be honest. If a foreign player is not convinced that the club is right for him at the exact time, it just does not make any sense."

Once he settled into life in Germany, Sancho became a mainstay in the Dortmund side and featured in all 34 league games, where he scored 12 goals and provided 17 assists.

He also won his first England cap in October 2018 and has now played six times for Gareth Southgate's side.

"A chief of one of the super clubs asked me back in spring if there was a chance [to sign Sancho] but I told him straight away he should forget about it and he never contacted me again," Watzke added. "He knew I meant what I said."