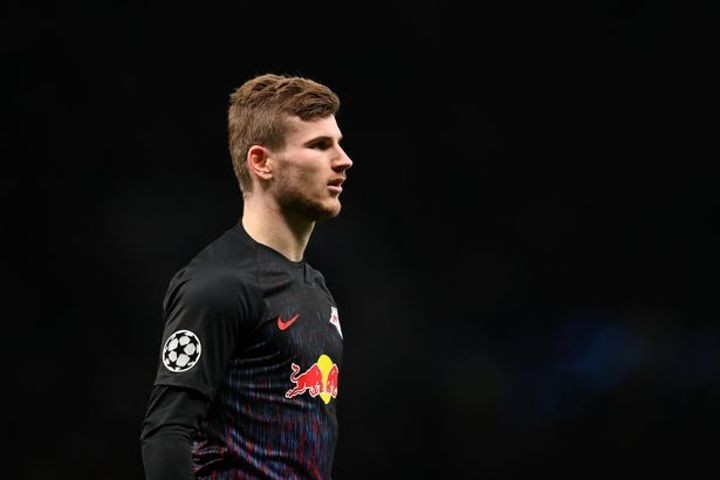 The Germany international had been heavily linked with a move to Liverpool this summer but the Reds are unwilling to meet his £50million asking price.

After Liverpool cooled their interest in Werner, Chelsea agreed a £200,000-per-week deal to take the 24-year-old to Stamford Bridge.

The news that the Blues agreed personal terms with Werner on Thursday left United needing to decide whether they would continue their pursuit.

And while Red Devils boss Ole Gunnar Solskjaer is a known admirer, he will not rival Chelsea for Werner.

His decision has been influenced by United agreeing an extension on Odion Ighalo's loan from Shanghai Shenhua on Monday, according to the Evening Standard.

The Nigerian will now stay with the club until January 2021, meaning United have a number of striking options.

Instead, Solskjaer is set on pursuing priority target Jadon Sancho, who operates on either wing and has enjoyed another spectacular season in the Bundesliga.

Despite the financial implications of the coronavirus outbreak, the Norwegian is keen to pursue the Borussia Dortmund star.

The extension on Ighalo's loan means United's transfer committee have turned their attention away from their transfer shortlist of strikers for the time being.

Alongside Werner on the three-man list were Dortmund's Erling Braut Haaland and Lyon's Moussa Dembele.

The emergence of Mason Greenwood this season has also influenced the decision not to recruit a top-class striker.

Solskjaer is keen to see whether the 18-year-old can prove himself worthy competition for Anthony Martial's No.9 berth.

Other forwards are continuing to be monitored with a view to moves in the long term, with Solskjaer also interested in Harry Kane and Raul Jimenez.

The United boss has been told he will be backed in the summer transfer window, but warned that bids are unlikely to exceed £60-70million for any player.