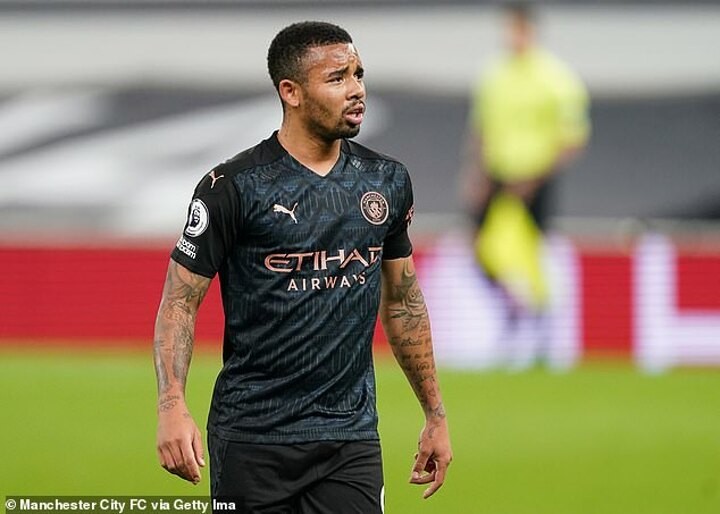 Gabriel Jesus is the latest Manchester City star to be handed a new and improved contract.

Jesus currently has two and a half years left on his current deal, but it is believed City are willing to double his salary to £150,000-a-week to encourage the striker to agree new terms.

The news comes after manager Pep Guardiola committed his future to the club until 2023.

Jesus joined the club in a £25million deal in January 2017 and has featured 104 times in the Premier League.

During his time at City, Jesus has scored 43 goals and won two Premier League titles, two League Cups and the FA Cup.

According to Daily Star, Jesus' salary increase is a part of City's plan to tie down their top players ahead of Guardiola’s next chapter.

In addition to Jesus, it is believed talks over Kevin De Bruyne's future at the Etihad Stadium are progressing well and that he is expected to sign a contract worth £350,000-a-week lasting until 2025.

While Raheem Sterling's existing £300,000-a-week deal is due to increase to ensure the England star is with the club for the peak years of his career.

Sterling contributed 10 goals in the manager's first season and has had a lasting impact ever since.

His importance to City is underlined by the fact he has been involved in every one of their matches so far this season, starting all three in the Champions League and seven of eight in the Premier League.