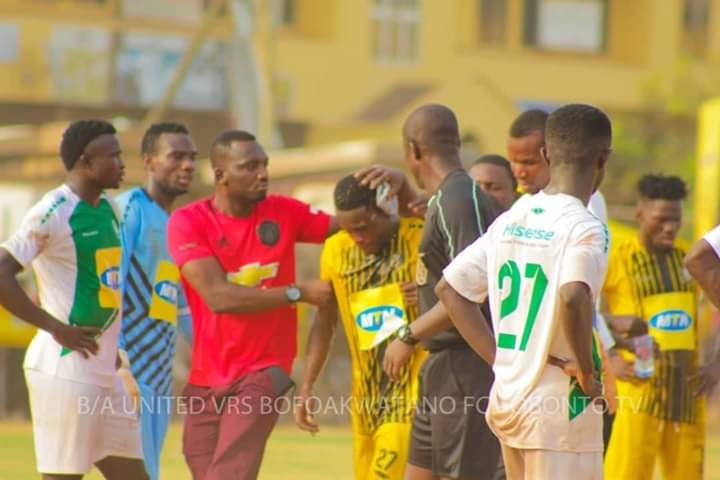 Amponsah Tabiri (in Manchester United jersey) at the Sunyani Coronation.

A football fan who was at the Sunyani Coronation Park on Sunday turned hero by helping save the life of BA United player Amoah Awuah during their MTN FA Cup round of 64 match.

Awah had collided with an opponent and seems to have suffered concussion.

He posted on his Facebook: ''Yesterday I went to watch my favorite Club Bofoakwa Tano FC play rivals BA United in the FA cup. The player I'm holding up Amoah Awuah De Franzy aka Muntari nearly lost his life after he was crashed into by another player during a tussle for the ball.

''As a fan with a medical background, I saw the situation was getting out of hand so I'd no option than to jump onto the pitch to do what I was trained to do saving lives 😍....