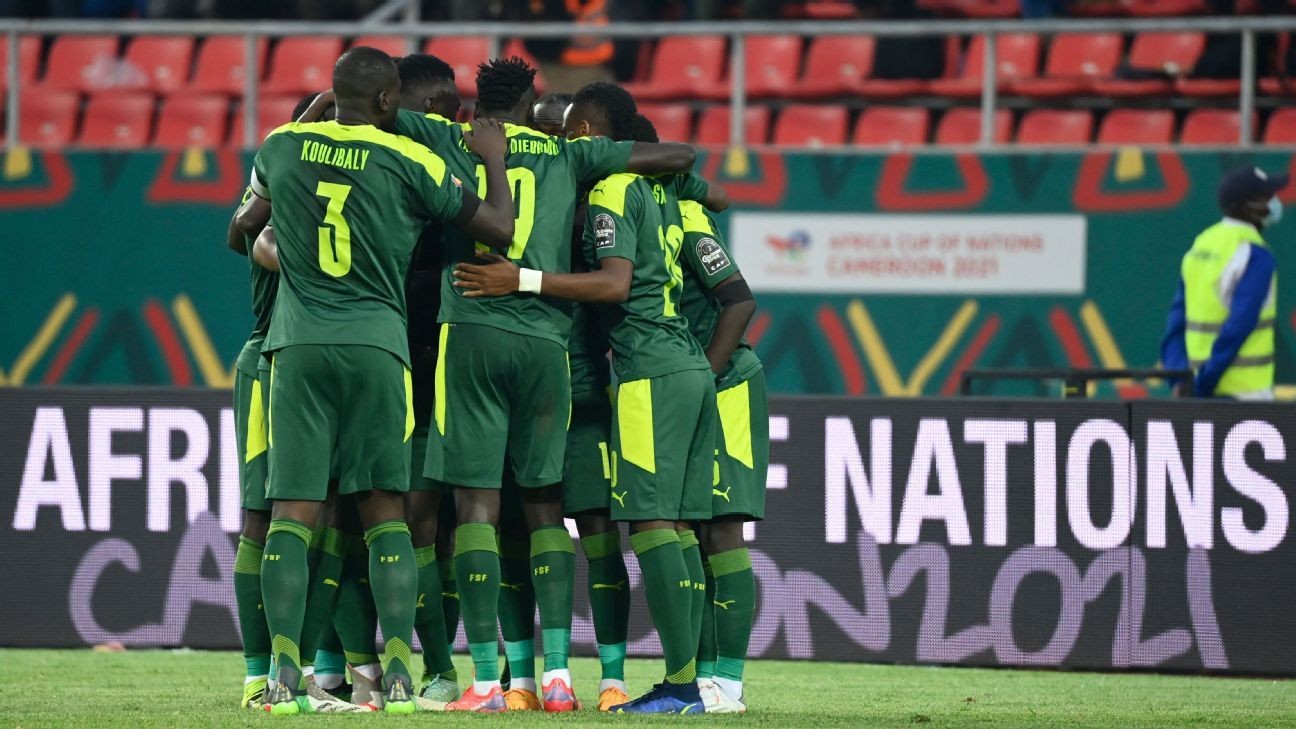 Senegal's Sadio Mane scored, but then went off with a head injury as they beat nine-man Cape Verde Islands 2-0 in the last 16 of the Africa Cup of Nations at the Kouekong Stadium in Bafoussam on Tuesday.

Mane fired home from a set piece after 62 minutes, but had been hurt earlier in a nasty clash of heads with Cape Verde goalkeeper Vozinha, who was sent off for the incident.

Liverpool forward Mane then left the field shortly afterwards complaining of a headache and could be a doubt for the quarterfinal in Limbe on Sunday.

Substitute Bamba Dieng scored the second goal deep in stoppage time against a gallant Cape Verde side, who also had Patrick Andrade sent off after 20 minutes.

"It was a difficult game because Cape Verde were very organised," said Senegal captain Kalidou Koulibaly. "It was even more difficult after the first red card as they really ran around a bit but we can be happy we did the job."

Senegal's next opponents are either Mali or Equatorial Guinea, who play on Wednesday.

Mane had struck the woodwork in the opening minutes but it proved a false dawn as Senegal laboured through the first half, as they had done in the group phase where they finished top of the standings despite scoring once.

But their task was made easier when Andrade was dismissed for a studs-up challenge on Pape Gueye that continued a spate of similar punishments for dangerous tackles in the tournament.

It left Cape Verde down to 10 men for the final 70 minutes but they were reduced to nine when Vozinha was sent off.

He came out to challenge for a long ball against Mane with the two clashing heads. Vozinha was badly concussed and stumbled around the field for several minutes before being persuaded to go off by his teammates.

In the interim, the referee was asked to look at the incident by the VAR and determined that Vozinha was reckless in his challenge on Mane, who was left with a swollen cheekbone. It seemed a harsh decision for the islanders, who quickly conceded.

A corner was half cleared to an unmarked Mane, who hit the ball into the net off the underside of the crossbar.

But he then looked uncomfortable almost immediately afterwards and sat down before walking off to be substituted.

Replacement Dieng got his first international goal on the counter-attack in stoppage time as Cape Verde threw caution to the wind in their bid to try and force an unlikely equaliser.