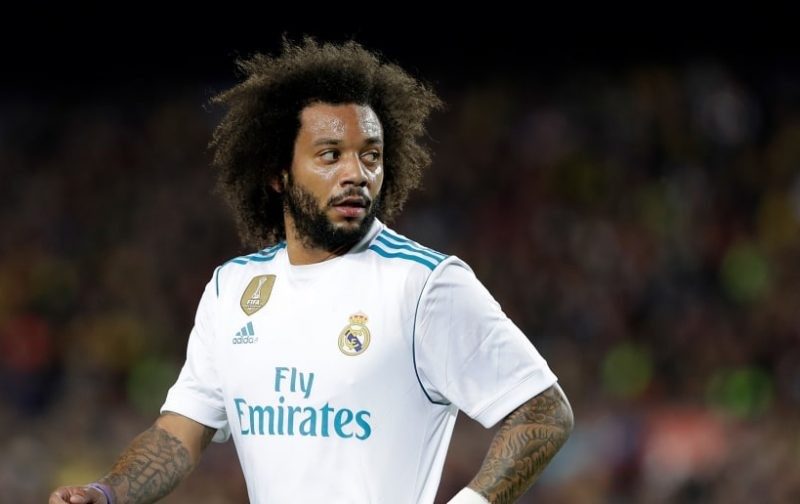 Juventus have been showered with praise by Real Madrid left-back Marcelo, although he insisted that he is unaware where reports linking him to the Italian champions have materialised from.

The defender has been linked with a move to Turin in recent days in order to enjoy a reunion with former Real teammate and close friend Cristiano Ronaldo, who has been a big success in Serie A.

While playing down those reports to a degree, the Brazil international did acknowledge that he has been impressed with the Bianconeri as an institution from afar. “Juventus are a world famous club who are capable of winning many titles, like the Champions League, and they are someone I have followed a lot, especially when they had players like [Pavel] Nedved, someone I always admired,” he told Esporte Interativo.

“They are a spectacular club but I am a Real Madrid player and I have a contract here until 2022. If there was anything to say I’d say it without a problem but I don’t know where these voices have came from.”

Marcelo has lost his place in the Real Madrid team in recent weeks, with coach Santiago Solari preferring to field Sergio Reguilon, including in crunch Clasico and Madrid derby fixtures.