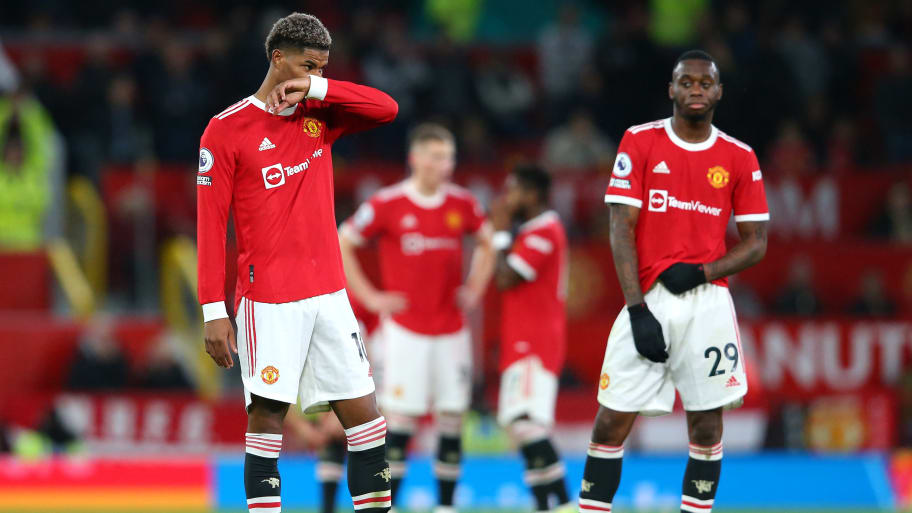 Marcus Rashford has admitted he was 'embarrassed' to be part of the Manchester United side that lost 5-0 to Liverpool at Old Trafford on Sunday.

The Red Devils were humiliated by their bitter rivals, who were better in every department and deservedly came away from Manchester with all three points, leaving United in turmoil.

Manager Ole Gunnar Solskjaer is under extreme pressure to turn the tide and improve performances and results, but Rashford revealed on Wednesday night that the squad is working hard to improve their dire situation.

He posted on Twitter: "I can’t lie you haven’t heard from me on here because as a United fan I didn’t really know what to say after Sunday. I was embarrassed. I am embarrassed. Our fans are everything and you didn’t deserve that. We’re working hard to try and fix this. We have to redeem ourselves."

Most of United's star players have issued apologies to the club's fans for the manner of the defeat, though they'll have the opportunity to begin to repair the damage on Saturday when they face a similarly out of form Tottenham in north London.

90min understands Solskjaer is likely to be in charge for that fixture as it'll offer a better barometer for where the club are than the game against Liverpool. However, former Chelsea and Inter manager Antonio Conte has been linked with United should Solskjaer be given the boot and the Italian is open to succeeding him.

There has been talk of dressing room unrest too, with midfielder Paul Pogba - sent off in the second half against Liverpool - taking to social media to deny reports of a rift between himself and Solskjaer.

While United are reasonably well placed to progress to the knockout stages of the Champions League thanks to two dramatic wins against Villarreal and Atalanta, they are seventh in the Premier League, eight points off current leaders Chelsea.

This article was originally published on 90min as Marcus Rashford admits 'embarrassment' at Liverpool thrashing.