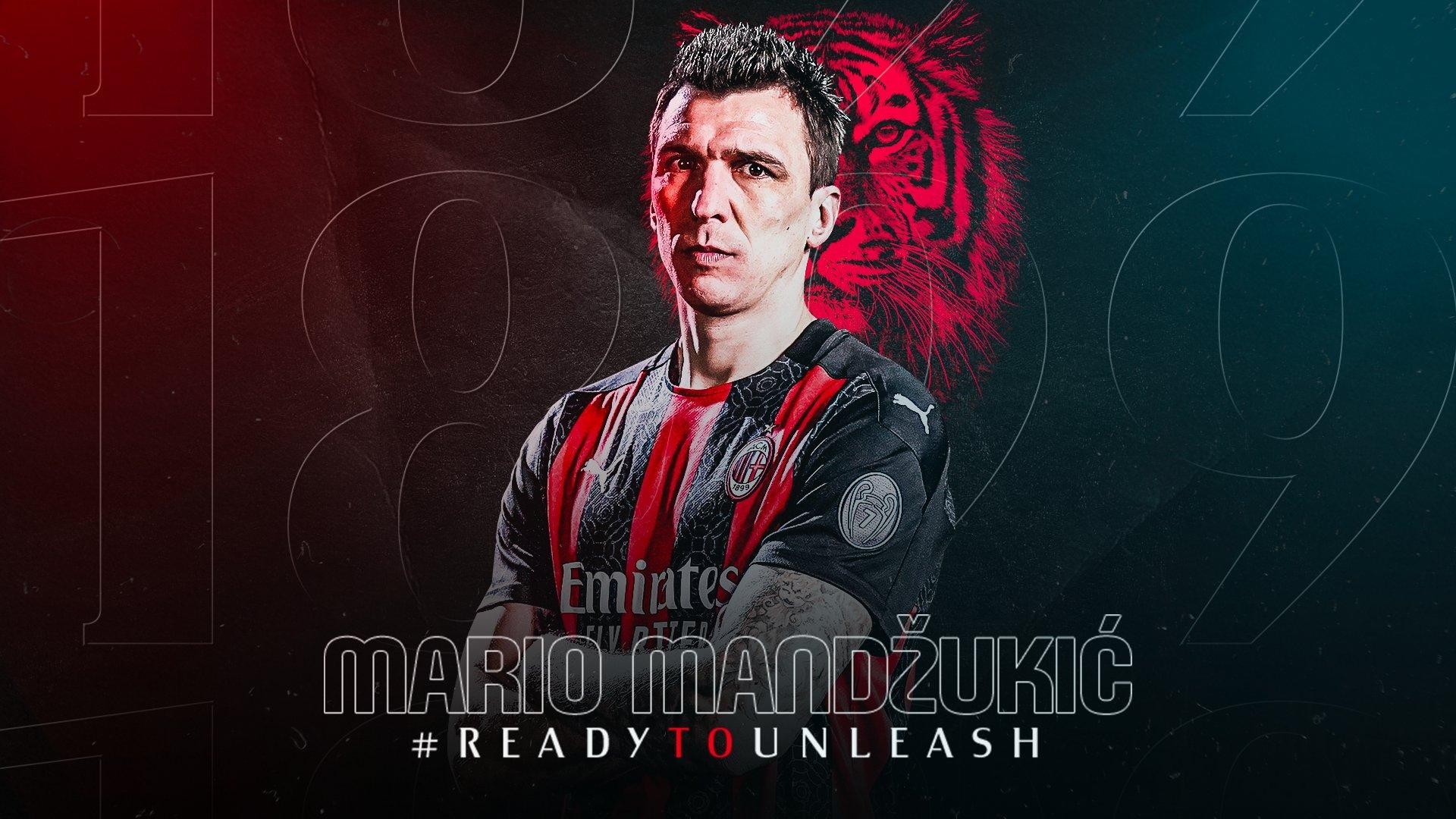 AC Milan is delighted to announce the signing of Mario Mandžukić. The Club and the striker have agreed on a deal until the end of the current season with an option to extend the contract for the next one.

Born in Slavonski Brod (Croatia) on May 21, 1986, Mario Mandžukić started his professional career in 2004 with NK Marsonia before joining NK Zagreb and GNK Dinamo Zagreb. In Summer 2010, he moved to Germany to play for VfL Wolfsburg (60 appearances and 20 goals) and Bayern Munich (88 appearances and 48 goals). In the 2014/15 season, he went on to play for Atletico Madrid scoring 20 goals in 43 appearances before joining FC Juventus. In his five seasons with FC Juventus, he made 162 appearances and scored 44 goals. In January 2020, he joined Qatari side Al-Duhail with one goal in 7 appearances.

Mandžukić has won 24 trophies including 1 UCL, 1 UEFA Super Cup, 1 FIFA Cup World Cup, 9 championships and 12 between national Cups and Super Cups. He is the second-best scorer ever of the Croatian national team with 33 goals in 89 appearances.