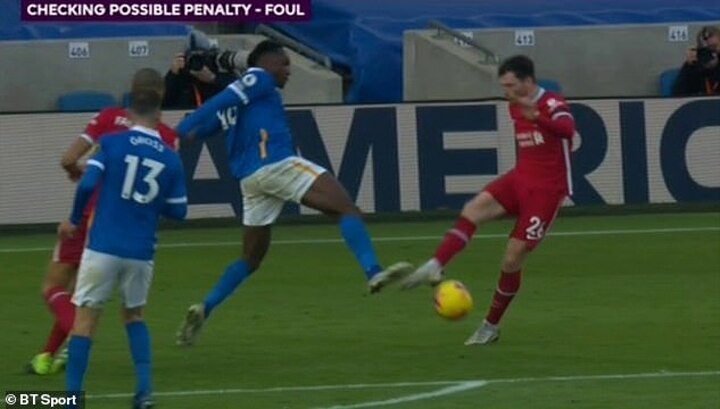 In real time, it did not appear to be a penalty because, given the direction of the ball, it must have looked to referee Stuart Attwell as if Robertson had played it.

However, VAR Kevin Friend studied the incident in slow motion and saw that Danny Welbeck had got to the ball just before Robertson, who was committed to trying to clear the danger and caught the Brighton striker’s foot.

So, there can be no debate — it was a foul. Jurgen Klopp wasn’t happy but I would have awarded a penalty, too.

People might argue it wasn’t clear and obvious, but the replays showed it was a foul and a spot-kick, missed in real time by Attwell. VAR did its job.