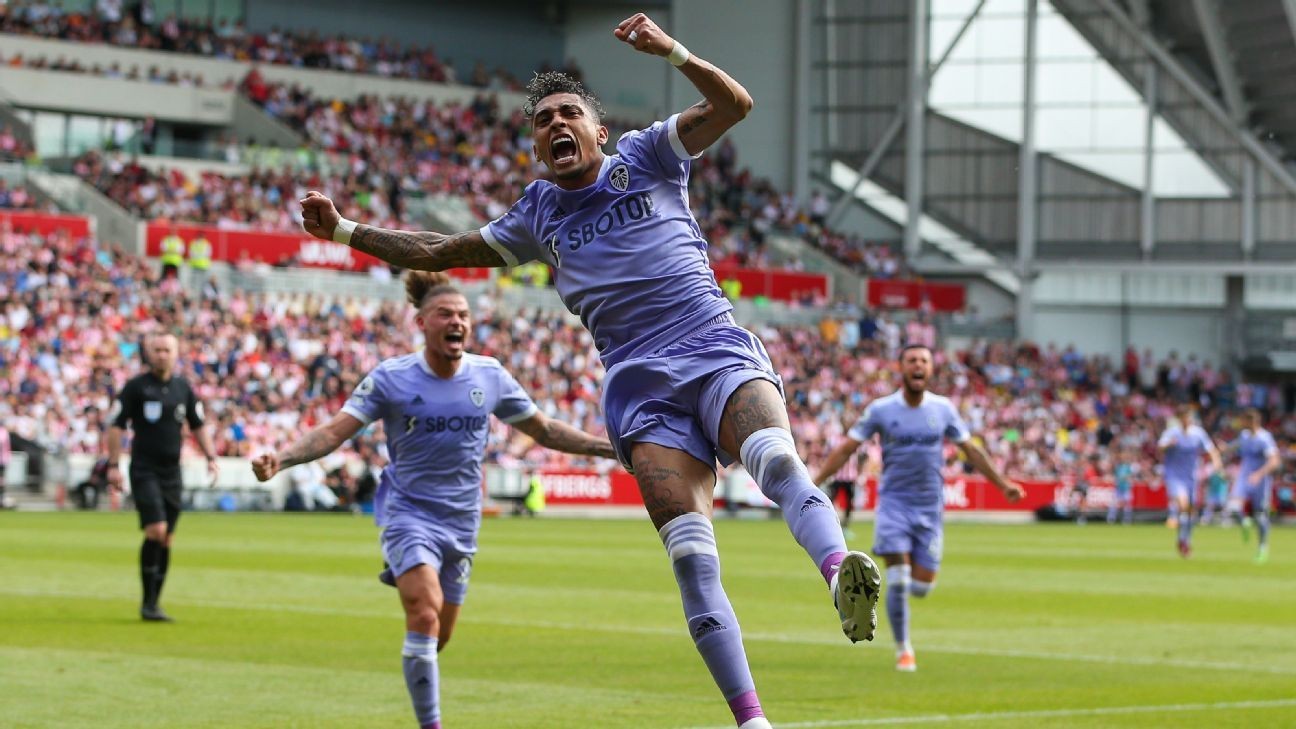 Leeds won 2-1 over Brentford to stay up in the Premier League on the final day of the season. Photo by Craig Mercer/MB Media/Getty Images

Jack Harrison's stoppage-time winner meant Leeds United ensured Premier League survival on Sunday with a 2-1 victory away at 10-man Brentford that saw Burnley go down instead.

A Raphinha penalty gave Leeds a second-half lead but they conceded a goal from Sergi Canos in the 78th minute before Harrison fired home four minutes into stoppage time to spark ecstatic celebrations.

Burnley's 2-1 loss to Newcastle at Turf Moor meant Leeds finished three points above them, with 38 points being enough to ensure their safety. They had trailed Burnley on goal difference going into the final day's fixtures.

Leeds, who had collected two points from their previous five league games, rode their luck initially before taking advantage of their numerical superiority after Canos was sent off, two minutes after scoring, to set up a dramatic victory.