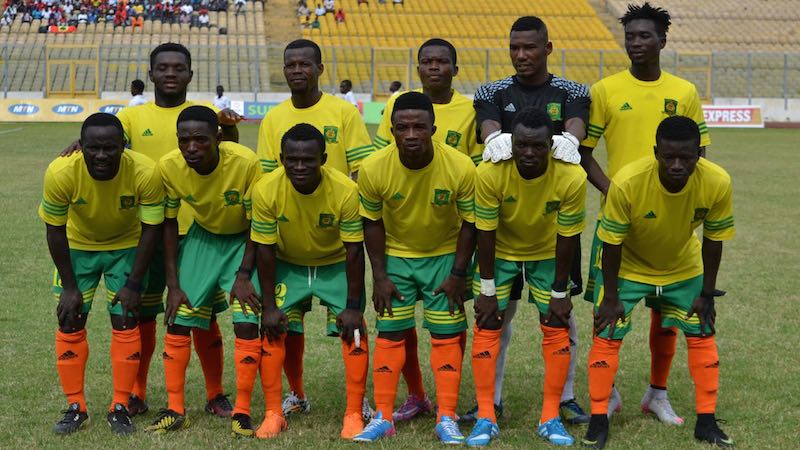 Ebusua Dwarfs have had a turbulent experience in the last few weeks as they suffered back to back defeats in the league to Hearts of Oak and Karela United.

The Mysterious Club conceded five goals during this period without a reply.

This means they must clinch a victory against Bechem United on Saturday at the Len Clay stadium.

It is because of a live TV broadcast that's why the Crabs have their home grounds moved to Obuasi for the weekend's fixture.

The "Abontoa Abontoa" outfit are sitting at the relegation zone at the moment on 14th position with the two clubs behind them all having a game in hand.

They need nothing but a victory on Sunday against the Hunters.

Alhaji Mustapha will be making a comeback into the team to face Bechem United after missing the last game last week.

Reliable centre back Kingsley Nteng is ruled out of this game due a long term injury.

Bechem United will try to raise their spirits after going two successive games without a win as they embark on the trip to Obuasi to tackle the 2016 league champions.

Newly promoted Eleven Wonders FC inflicted a 3-1 defeat on the Hunters last week and on last weekend they shared the spoils with leaders Ashanti Gold SC at home.

The Hunters will have to end their poor away form by picking at least a point from the Len Clay stadium on Saturday afternoon.

They pointless in all of their last ten premiership games on the road.

Moro Salifu is nursing a long term injury which rules him out of the game on Saturday whereas Asiamah Badu is yet to make a debut since joining due to some complications.

Maxwell Frimpong sustained a knock in last weekend's draw against Ashanti Gold SC, he is expected back on the field for the clash with the Mysterious Club.