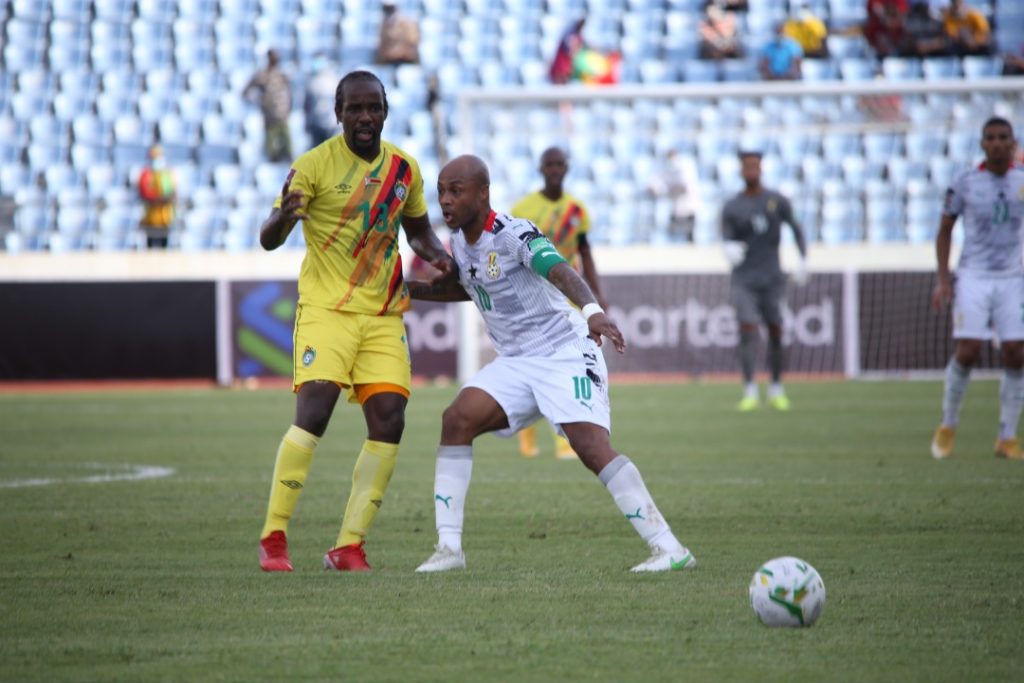 Milovan Rajevac will certainly be a happy man after getting his second spell in charge of Ghana off to a wonderful start as Black Stars performed impressively well to comfortably dispatch Zimbabwe.

The goals came from energetic youngster Mohammed Kudus, midfield dynamo Thomas Partey and captain Andre Ayew. The 3-1 scoreline was a true reflection of the game, and it would have been unfortunate if the team had not won after dominating for the most part.

The result - only the second time Ghana has scored more than two goals this year - means the Black Stars remain one point behind South Africa who beat Ethiopia by a similar scoreline earlier in the day.

Rajevac’s side made a wonderful start and it took them just five minutes to open the scoring. A brilliant build-up that involved about five players resulted in Mohammed Kudus slotting the ball through the legs of the opponent and past the goalkeeper into the bottom left corner of the net.

Minutes later, the Ajax midfielder was put through on goal by Kamaldeen Sulemana and should have made it two-nil. But Kudus shot straight at the Zimbabwe goalkeeper Washington Arubi.

Ghana continued to dominate and created a couple of half-chances, while Zimbabwe struggled to come out of their own half. The Warriors tried long balls in their bid to unsettle the Black Stars defence but were unsuccessful.

After the restart, Ghana found themselves on the back foot in the opening minutes. Defender Alexander Djiku conceded a penalty which was confidently dispatched by Zimbabwe captain Knowledge Musona on 49 minutes.

Zimbabwe then went on to hit the post through Knox Mutizwa's stunning effort from the edge of the box.

The substitutions paid off as Andre shifted to the right side of the attack and Partey had the luxury to venture into the opponents half.

The Arsenal in one of his high pressing intercepted and made a brilliant run into the box before hitting a superb strike in the bottom right corner to restore Ghana's lead in the 66th minute.

Ayew sealed the victory with three minutes to end normal time as he headed into the net from close range.

Ghana will hope for a similar performance or better on Tuesday when they face Zimbabwe in Harare.