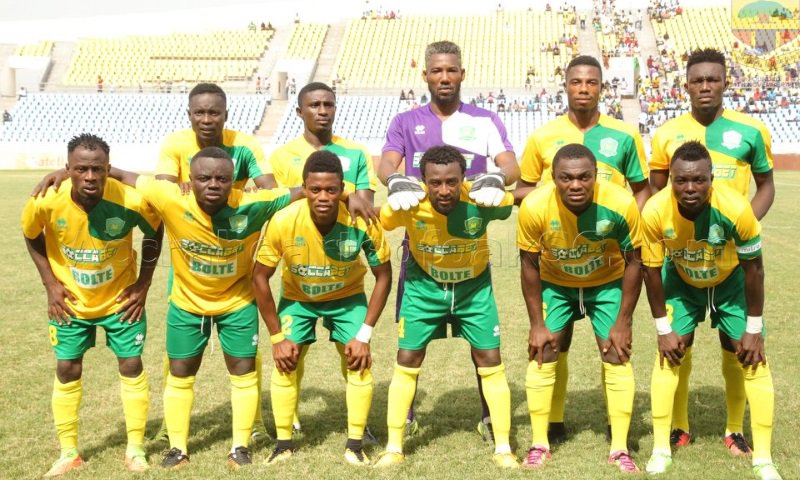 Ebusua Dwarfs will be hoping to end their four matches winless streak with a third win of the season when they tackle second placed Ashanti Gold SC at the Cape Coast stadium on Sunday.

The Mysterious Club are currently lying in the relegation zone with only nine points, two points above Wa All Stars who are languishing bottom on the league table.

The Crabs need six points to be rest assured of moving from the drop zone and it requires nothing but a win on Wednesday and another in their next fixture.

Claiming all three points against the Elephants can only see them leapfrog Aduana Stars to the 14th position and remain in the bottom three.

Nothing could be more sweeter for coach Bashir Hayford than to beat a side he led to win the premier league title in 2015.

It is his first ever meeting with the Miners ever since he left there earlier last season.

The hosts have augmented their set up with the recruitment of Vincent Bekoe, Amos Kofi Nkrumah and the return of Bright Luqman Nurudeen.

All three players are likely to be handed their debuts on Wednesday.

Ashanti Gold SC will be making the trip to the Central region with the aim of reclaiming the top spot from Medeama SC with a second away victory of the campaign.

It was a matter of humiliation for the Elephants last season against Ebusua Dwarfs at the Cape Coast stadium last term. They suffered a 4-1 loss.

But this time, the Gold and Black outfit will try to prevent a defeat to keep their momentum on the title chase.

The visitors will be banking their hopes on their first trip to the Cape Coast stadium this season where they saw off Hearts of Oak with 3-1 victory on match day two.

Medeama SC are the current table-toppers but Ashanti Gold SC could go top again if they beat the Mysterious Club on Wednesday.

Shafiu Mumuni will be making a return into the team for midweek's fixture after serving a three match suspension.

Ivorian forward Baba Salia Affoloh Ouattara and former Asante Kotoko SC left back Eric Donkor have joined the Obuasi based side but it is likely they might play no part in Wednesday's game.