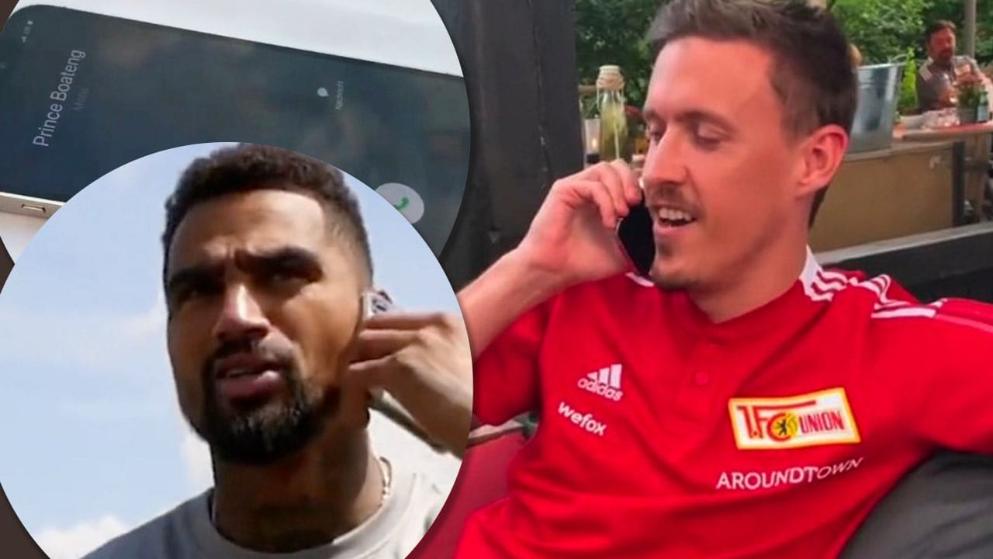 Kruse, 33, posted a video on Instagram in which he made fun of the former Ghana international.

In the Kruse video, the striker receives a call. Prince Boateng's name lights up on the display. Although you have to seriously doubt that it is really his turn.

Kruse answers and says: “Prince? I heard you don't feel like Union? No problem at all - international is not for the blues anyway. Cut the ring! "

Union also plays the international games in the Conference League in the Berlin Olympic Stadium, the home of local rivals Hertha. This news should have caused enough pain for the Herthaners.

The prank was of course particularly well received by supporters of the Köpenicker.

The fact that Kruse himself is not so keen on the Conference League, in which Union will participate in the coming season, can certainly be neglected.

Kruse scored 11 goals and assisted five more for Union Berlin  last season as the club secured European football for the 2021/22 campaign. The veteran forward - whose goal involvement came in at one every 102 minutes - won the last of his 14 Germany caps in October 2015.