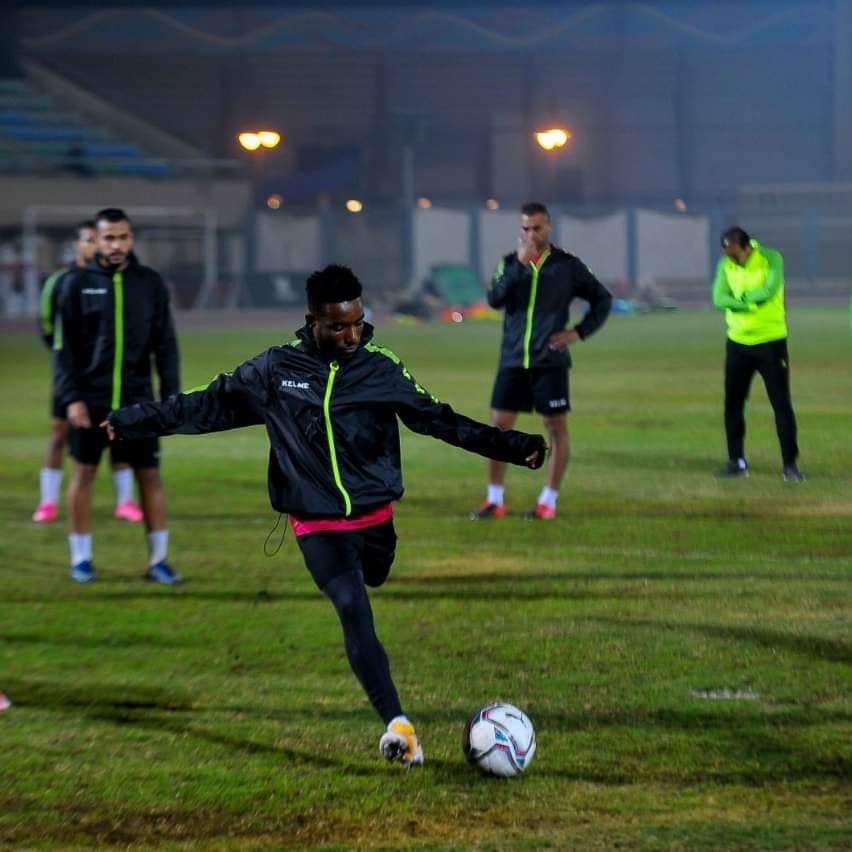 Maxwell Baakoh played his first match for newly-promoted Egyptian side FC Cleopatra on Friday, 11 December, 2020 as they beat El-Entag El-Harby 2-0 on the road in their Premier League opener.

But there were no minutes for fellow countrymen Kwame Bonsu and Winfred Cobbinah, who were not named in the match day squad.

The new signing was introduced after the hour mark to replace Mohamed Mosaad.

Ceramica Cleopatra had then doubled their lead through Mahmoud Nabil in the 58th minute.

They opened the scoring before the half time whistle when Sherif Dabo converted a spot kick in the 42nd minute.

Baakoh joined the ambitious club this transfer window on a free transfer after rejecting a new deal from Asante Kotoko.