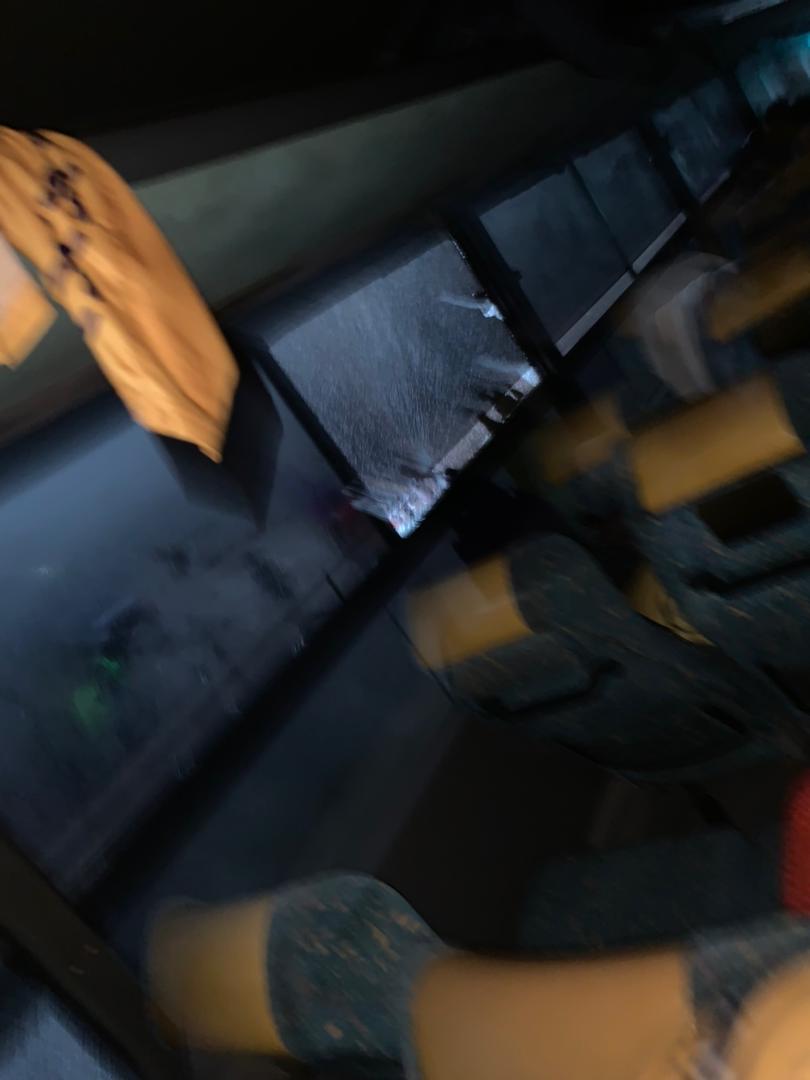 Windows of the Medeama bus have been smashed by Karela United fans at Aiyinase after the side's 2-1 defeat in the MTN FA Cup on Sunday.

Several windows of the 52-seater Benz was smashed by objects, including a bottle and stones, hurled at the vehicle.

The bus had been packed inside the Crossby Awuah Memorial Park with irate fans having a field day in damaging the  vehicle.

It appears the military men detailed at the venue failed to control the crowd after the fans went bonkers in full glare of the security apparatus.

The fans vented their spleen on the visiting team, hitting midfielder Eric Kwakwa with a missile just after the break.

They took their action outside the pitch to damage the windows on the bus in an extraordinary scenes at the CAM park.