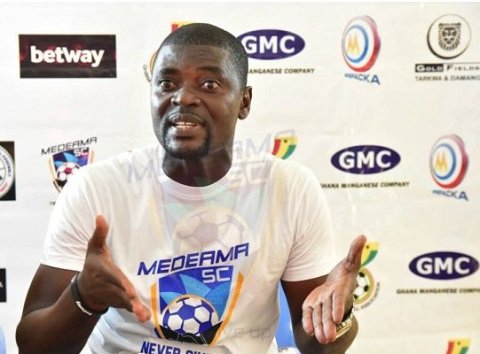 Having beaten Berekum Chelsea 2-1 to go top of the Northern Zone of the Special Competition, Medeama coach Samuel Boadu says it was well deserved.

"Yes, it is amazing and I will thank my players and the technical team for this win because they did a massive job," Boadu said in his post-match interview.

Medeama rallied from a goal down to clinch the vital victory at the Len Clay stadium in Obuasi on Wednesday.

Solomon Oblitey Commey put the hosts in front in the 28th minute but the Mauve and Yellows responded eight minutes later through Tahiru Awudu.

Boadu added: "They played well according to my instructions and we are aware that any team facing Medeama SC prepare so well since they know the type of game we play."

The Tarkwa based side are now two points clear at the top spot.