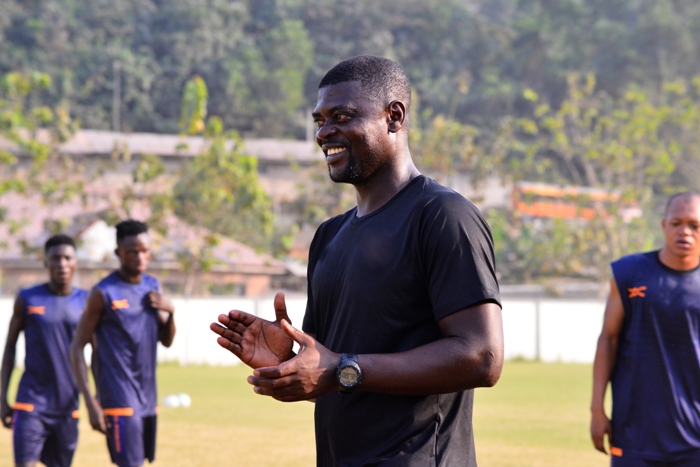 Medeama coach Samuel Boadu has been discharged from the hospital, the club has announced.

Boadu was rushed to the hospital after he collapsed during the side's high-profile Premier League match against Ashantigold on Saturday.

The gaffer complained of headache before passing out at the Akoon Park.

The swift response from the medical team at the Pentecost Hospital in Tarkwa saved the situation.

And the club has announced he has been discharged.

"We are happy to announce that coach Samuel Boadu has been discharged from the hospital and everyone at the club is excited," a club statement read.

"We would like to add our thanks to the staff of the Pentecost Hospital, Tarkwa for their care and treatment which was outstanding.

"It's important that Boadu and his family are given time and space together.

Boadu said: "I am naturally pleased to be discharged from the hospital and would like to thank every single member of the hospital staff.

"I would like to thank my club  and also wish to say thank you to all the many well-wishers who have sent several messages of support.

"Now that I am out of the hospital, I am looking to continuing my recovery and return to the pitch."