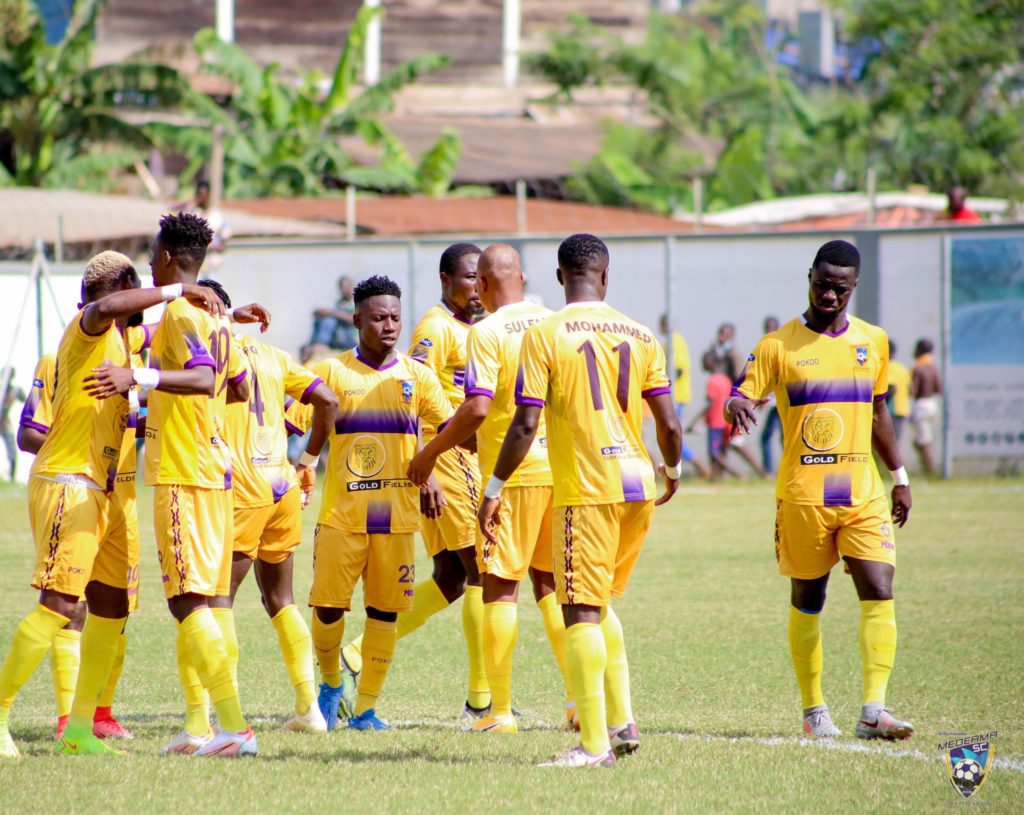 Medeama decided against participating in the CAF Confederation Cup due to lack of "Sporting Merit", GHANAsoccernet.com Headquarters can exclusively reveal.

The Mauve and Yellow will not represent the country in the Africa inter-club competition after missing out on the FA Cup.

The two-time FA Cup champions suffered an embarrassing 3-0 defeat to Hearts of Oak in the second semi-final at the Cape Coast Stadium last weekend.

It had been believed that the Tarkwa-based side will be handed the chance to take a bite in the competition despite failing to win the title after being granted licence by the Ghana Football Association.

However, the side's failure to clinch their third FA Cup title, means the interest of the club has wane drastically - forcing them to pull the plugs.

"We are no more interested in playing in Africa. We want to qualify and represent the country on sporting merit," a source told Ghana's leading football website, GHANAsoccernet.com

"We believe the winner of the FA Cup should be given the chance to represent the country. Yes, we wanted to play in Africa and have the resources to do so but we don't believe it will be on sporting merit."

Medeama is advocating for the winner of the FA Cup tie between Hearts of Oak and Ashanti Gold to take the place.

But given that Hearts of Oak will feature in the CAF Champions League, the baton will fall on Ashanti Gold despite the side's failure to apply for a licence to participate in the competition.

This means the Executive Council of the Ghana Football Association will have to take a decision on the next line of action following Medeama's withdrawal.

It's unclear if the Confederation of African Football (CAF) will grant the miners a special dispensation to represent the nation next term.

That meant  Medeama will take that place after Asante Kotoko - the other club granted license to participate in Africa exited the competition.

The other two semi-finalists Berekum Chelsea and Ashanti Gold failed to submit bid, means the outcome of a potential title win will be inconsequential.