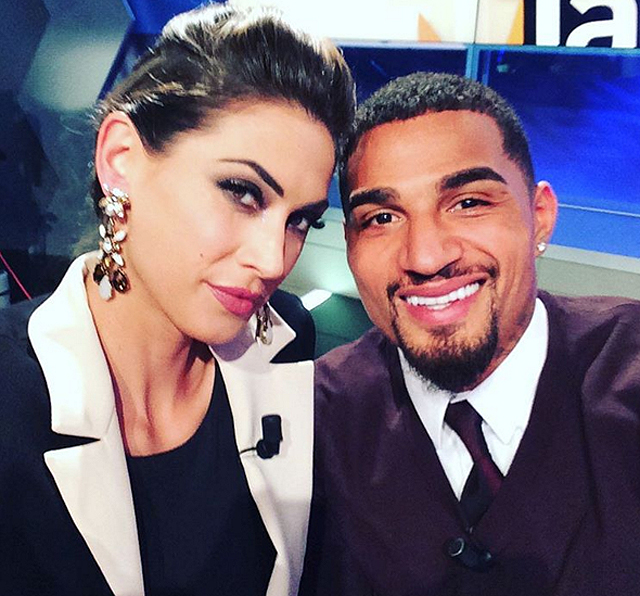 In December 2020, Boateng and Satta have confirmed that they have officially parted ways in a joint statement on social media.

The footballer and model got married in Italy in 2016 but went through a high-profile break-up in 2018.

Satta after the goodbye with Boateng talks for the first time about the end of her marriage on TV. A Verissimo, with tears in his eyes, tells of his grief: "I want to make up for a family and have a another child.”

Satta and Boateng had been married for 4 years and has a six-year-old son, Maddox Boateng.

In 2012, Satta started a media storm by claiming that the reason Boateng was injured so often was because of their sex life.

"The reason why Boateng is always injured is because we make love 10 times a week," Satta said.

In 2020, Satta went to clarify her comments. "The fact that we have sex 10 times a day doesn't make me a nymphomaniac," she told La Gazzetta dello Sport.