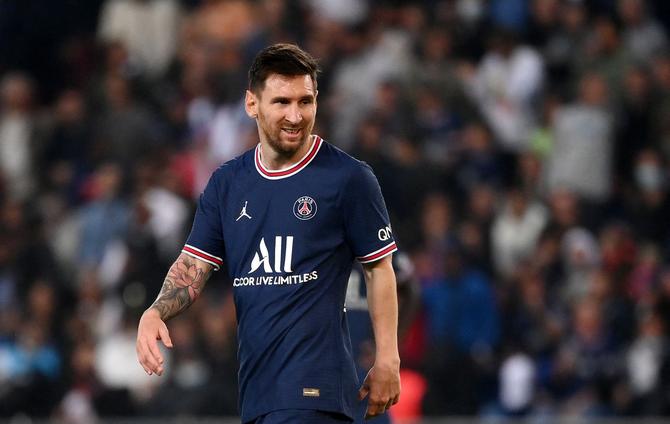 Lionel Messi has been ruled out of Paris Saint-Germain's Ligue 1 trip to Metz on Wednesday with a knee injury that also renders him doubtful for a reunion with Pep Guardiola next week.

The Argentina international sustained the problem during PSG's late 2-1 win against Lyon on Sunday as they made it six wins from six to begin their new league campaign.

Messi made his home debut in that match but was substituted off with the scores level, meaning he has yet to score in three appearances since joining from Barcelona last month.

PSG will not have Messi in their squad to face Metz at Stade Saint-Symphorien, with that game coming six days before a Champions League trip to Guardiola's Manchester City.

The French giants confirmed the injury blow in an injury update posted on their official website on Tuesday.

"Messi, following the blow received on his left knee, underwent an MRI which confirms the signs of bone contusion," the update read. "A new test will be carried out in 48 hours."

PSG also confirmed that Marco Verratti returned to training on Tuesday, while Sergio Ramos – yet to feature since joining from Real Madrid – is continuing to train individually.