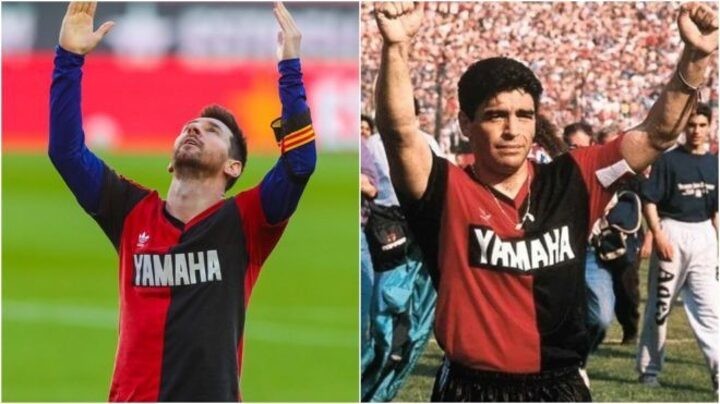 Lionel Messi had a special tribute for Diego Maradona on Sunday afternoon, pulling off his Barcelona shirt to reveal a Newell's Old Boys jersey after he scored a wonderful goal in the second half.

Messi netted the fourth goal in the Blaugrana's 4-0 victory over Osasuna, scoring in the 72nd minute.

After celebrating with his teammates, Messi revealed the black and red shirt and pointed to the sky. As a youngster, Newell's was the team Messi supported and he played in their academy. Maradona also played for the club when he returned to Argentina towards the end of his career.

On Wednesday, just after Maradona's death was announced, Messi also posted a message on social media about his former national team coach.

"This is a very sad day for all Argentines and for football," Messi wrote on Instagram.

"He has left us, but he hasn't gone, because Diego is eternal. I remember all the nice moments we experienced together and I send my condolences to all his family and his friends. RIP."