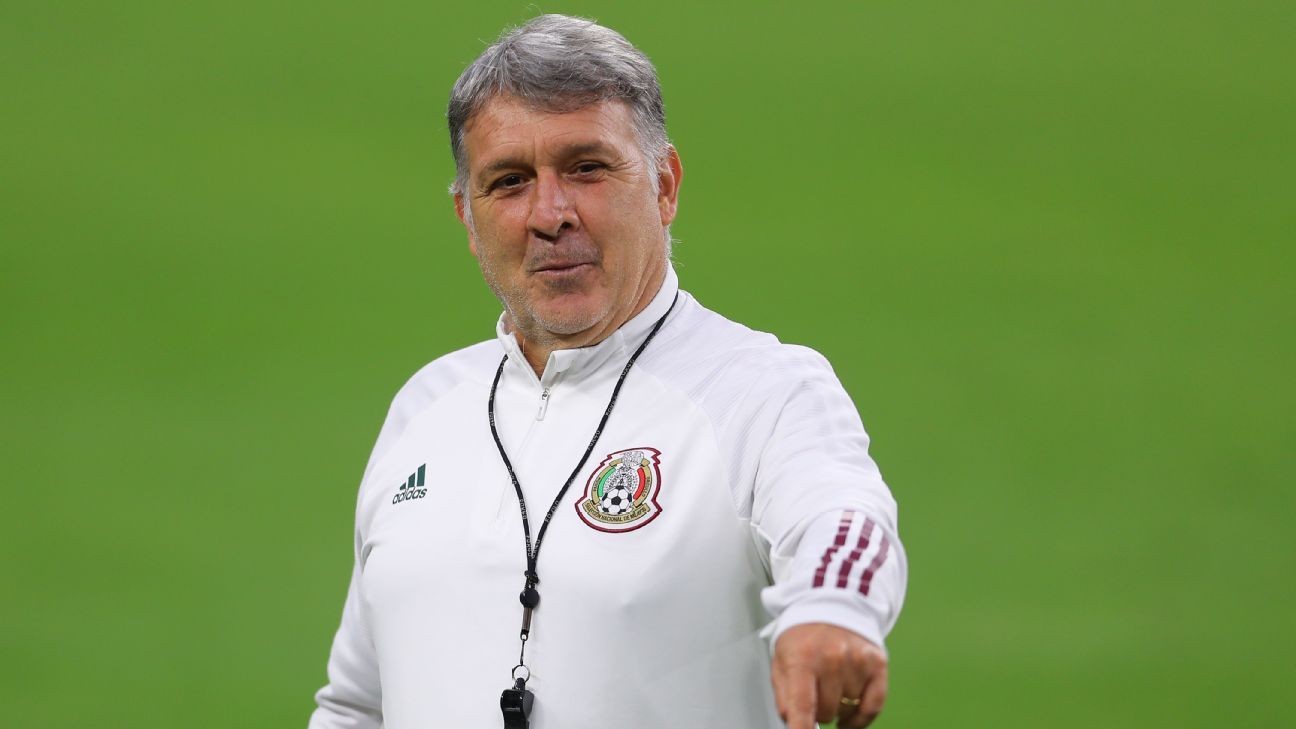 "In life there are no guarantees, here you have to go out and earn the job. I'm convinced that Tata is the right person and so we will continue to support him," said De Luisa in a news conference on Tuesday.

After suffering two consecutive defeats to the United States and Canada in last November's World Cup qualifiers, pressure remains high for Martino and his squad. The losses, which pushed El Tri down to third in CONCACAF's Octagonal table and nearly out of a direct spot to Qatar 2022, were enough for Martino to reportedly reconsider his role with the national team.

Now, two months after those defeats, Mexico will have a golden opportunity to claim some much-needed points in the Octagonal. In the current international window, they'll first kick things off against Jamaica on Jan. 27 in Kingston, before heading home to the Estadio Azteca to face Costa Rica and Panama on Jan. 30 and Feb. 2, respectively.

"If we can get seven or more [points], we'd be very happy," stated De Luisa about Mexico's upcoming matches.

Martino's squad will be without star playmaker Hirving "Chucky" Lozano against Jamaica due to yellow card suspension. In addition, the fitness status of Raul Jimenez, Jesus "Tecatito" Corona and Osvaldo Rodriguez remain up in the air.

Jimenez is the most doubtful of the three with some reports that the Wolverhampton Wanderers striker may miss out all three of Mexico's matches due to a calf injury suffered while with Wolves.

De Luisa also addressed the latest comments from midfielder Hector Herrera, who recently stated the atmosphere at Mexico home games could "be more strong" from those in the stands and more in line with atmospheres away at Costa Rica, Honduras and Panama.

While the FMF president stated that he believes that Herrera's comments are "valid in the context in which he said it," he also put his faith behind the "fundamental" support of Mexico's supporters.

El Tri's upcoming matches at home will be held to a capacity of just 2,000, in order to test out new fan behavior protocols. Before winning an appeal this month from the Court of Arbitration for Sport, Mexico's February qualifiers were supposed to be played behind closed doors due to instances of anti-gay chants in previous matches at the Estadio Azteca.