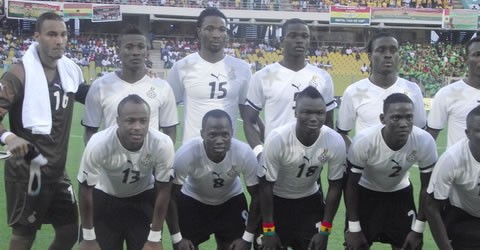 The Black Stars will have either Mexico or an unnamed team as opponents for the final international friendly match of the year, GHANAsoccernet.com can exclusively reveal.

With two Fifa Â match days available next month, the Ghana FA is keen on utilising both days to ensure the team gets tough preparation for the Africa Cup of Nations.

Mexico are likely to to have taken the first day but the Black Stars could also get a South American opponent given that the game will be played in Mexico City.

Two proposals were discussed at a Black Stars management committee meeting on Wednesday but a final decision is yet to be taken.

"Mexico and one other team are the options currently being discussed but the final decision was put on hold and will be made in the next meeting which is yet to be communicated.

"I am however sure the meeting will be held by the weekend where the final decision will be taken."

Ghana lost 2-1 to Mexico the last time both teams played each other at the Craven Cottage Stadium in London in March 2008.

The Black Stars will officially round-up its year on November 14 (the final Fifa date).

They will reconvene late December to commence preparations towards the 2012 Africa Cup of Nations which starts on January 21 in Gabon and Equatorial Guinea.