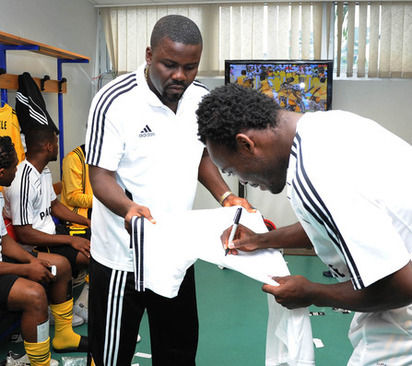 The pair are in a star studded line up that includes legendary Ivorian forward Dedier Drogba and arguable Africa's greatest player of all time Samuel Eto'o.

Essien is revered in England following his exploits with Premier League giants Chelsea with Samuel Osei Kuffuor gaining prominence during his days with German side Bayern Munich.

Both players won multiple titles including the UEFA Champions League.

Imagine if this team could have been a reality! 😍🔥 Unbeatable! 💪 pic.twitter.com/eDJ7zyKwhg