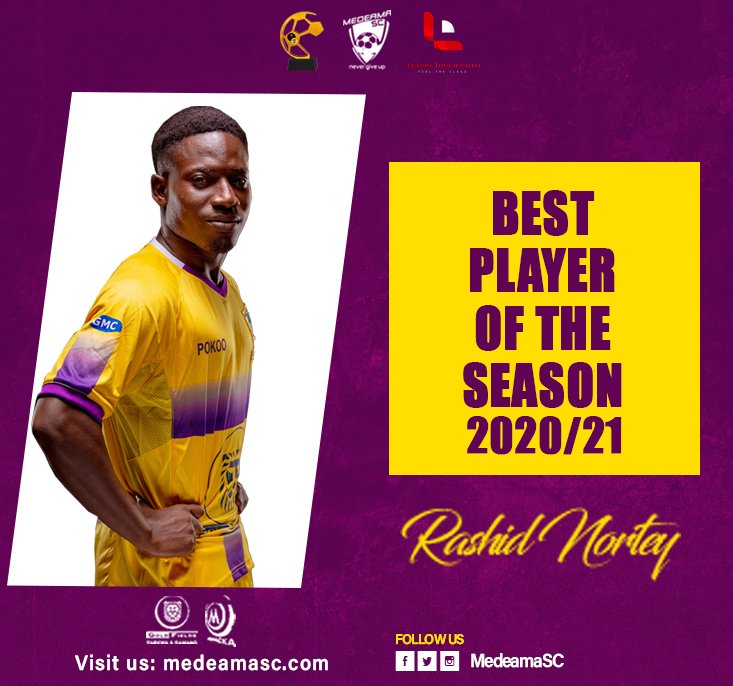 Midfield maestro Rashid Nortey has been crowned Medeama's Best Player for the 2020-21 season after an explosive form last term.

The dribbling wizard was also crowned Best Midfielder of the season after a fine campaign last term.

Nortey made a total of 31 appearances in the Ghana Premier League during the season under review.

He scored twice and assisted 4 goals towards the Mauve and Yellows campaign which saw them finish 5th.

The midfield stalwart earned his maiden Ghana call-up in May 2021 following his impressive form for the Tarkwa-based side.

He debuted for the West African powerhouse during an international friendly which ended in a 1-0 defeat against Morocco in June 2021.