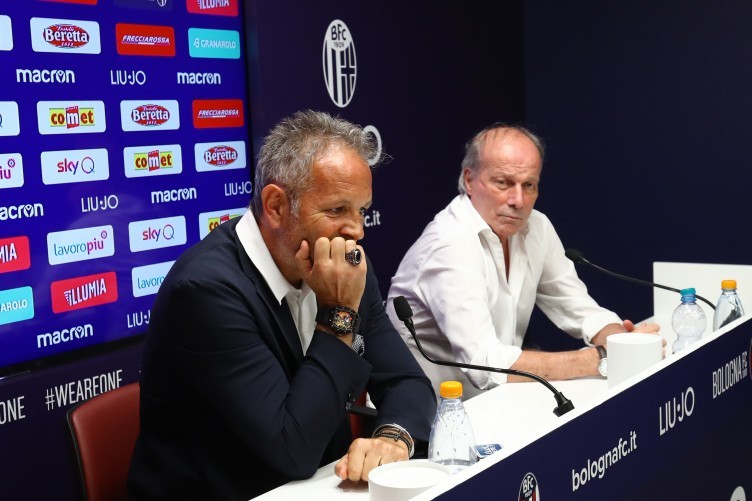 Sinisa Mihajlovic won’t be leaving his position at Bologna despite having been confirmed to have leukemia.

Rumours began to circulate that a personal health issue would mean he’d be stepping down from his role at the club, but the Serbian won’t be leaving.

“Since the beginning of pre-season I’d had a fever,” he said at an emotional press conference.

“My wife couldn’t believe that I was sick, so I did some tests and the results say that I have leukemia.

“I always do medical tests, since my father died with cancer. You always think that it can’t get you, but I hope my illness was detected at an early phase.

“I don’t have tears of fear. I respect the disease and I’ll face it with my chest out, looking into its eyes as I’ve always done.”??

Bologna’s sporting director Walter Sabatini confirmed that the 50-year-old would stay in his job.

“The whole club is with him and we’ll continue with him,” he said.

“Bologna’s coach is still Sinisa Mihajlovic. It’s not a humanitarian issue, but a technical one. He’s the best, even not at 100 percent.”

The reports that he would be stepping down left Mihajlovic frustrated, and he hit out at Corriere dello Sport.

“I wanted to be the first to explain my situation,” the coach added.

“But not everyone respected me.

“They preferred to sell 100 or 200 more newspapers and end a friendship that had lasted 20 years.