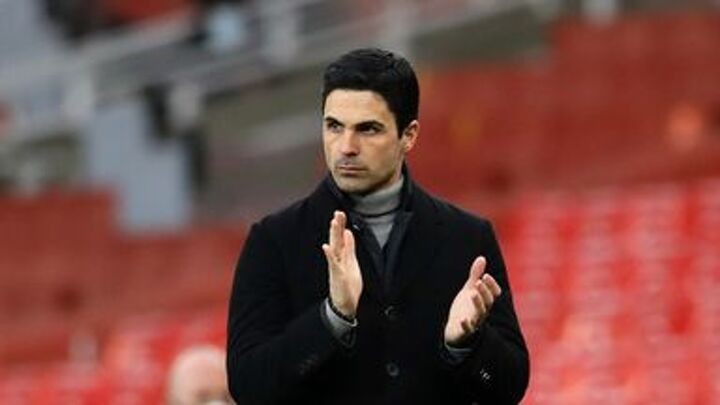 Arsenal boss Mikel Arteta says he is "fully focused" on managing the club and "extremely happy" at the Emirates after reportedly emerging as a potential managerial target for Barcelona.

The Spanish club will hold its presidential elections on Sunday and candidate Joan Laporta, who is the favourite to be elected for a second stint at the Nou Camp, has reportedly identified Arteta as a potential replacement for current Barca boss Ronald Koeman.

Arteta was a product of Barcelona's academy but left in 2002 without making an appearance for the club.

The 38-year-old also honed his coaching methods at Manchester City under former Barcelona boss Pep Guardiola, whom Laporta appointed in 2008.

But Arteta dismissed Catalan radio reports he could take charge of the Spanish giants.

He said: "There is always going to be speculation when there are elections in Barcelona.

"It's a huge team and obviously I was raised there as a player, and they're always going to be linked.

"But I'm fully focused on the job that I have to do here, which we have a lot to do and I'm really enjoying it.

"I feel privileged to manage this football club and I'm extremely happy."

Asked whether he could manage Barcelona one day in the future, he responded: "Today and tomorrow I am the manager of Arsenal Football Club and I'm really enjoying it and I want to do much better than what we've done."

Arteta, who won the FA Cup at the end of his first season in charge, was appointed Arsenal boss in December 2019 and will have two years left on his current deal at the end of this campaign.

Asked whether new contract negotiations have begun with the club, he replied: "No. We are in the middle of the season, we have a lot to play for and at the moment it's not a priority.

"I still have my contract here and I'm happy here, and I don't think it's something urgent."