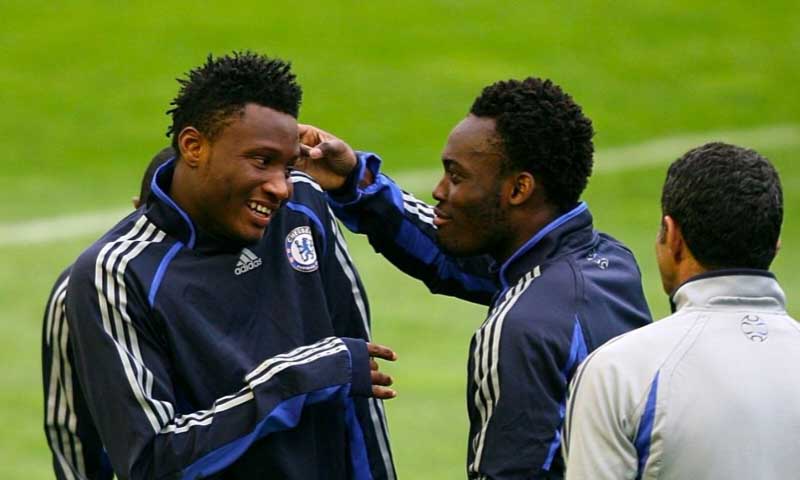 Former Chelsea midfielder John Mikel Obi has credited Michael Essien with assisting him in settling in at the club.

The Nigerian was signed as a sensational teenager in 2006, after Chelsea had to swoop in and steal the deal from Manchester United.

The Ghanaian had been signed as an experienced midfielder from Lyon a year before.

Stepping into a team that included Frank Lampard, John Terry, Claude Makelele, and Didier Drogba, Essien had to carry the star-struck Mikel Obi.

Mikel told Goal: “When I first came to Chelsea, I was surprised I was sharing a dressing room with all these players I had watched on television back in Africa.

“I was sitting next to Lassana Diarra. I’d be there thinking, ‘Oh my God, it’s Didier Drogba. It’s Frank Lampard. It’s John Terry’.

“Michael Essien really helped me settle in. Michael always told me I was a good player and just reminded me to ‘bring the ball down, control and pass.

“If you need to dribble, dribble. If you don’t need to, just pass. You are strong. You are fast, too. If you can, just push the ball past and run, run, run because they cannot catch you.

“He was the guy who really helped me and made me have a lot of confidence.

The former Chelsea midfielder would go on to play over 300 games for the club. He was one of the unsung heroes who helped Chelsea win their first Champions League title in 2012.