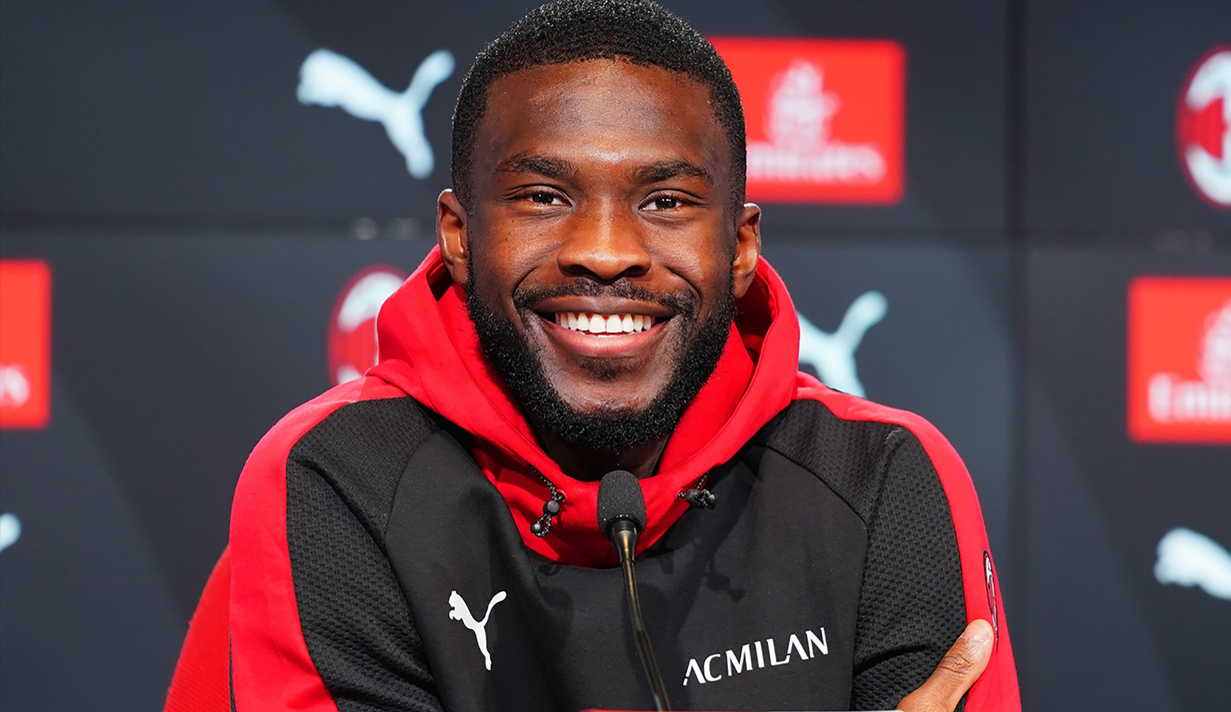 It's time for our third signing of the January transfer window to officially introduce himself. After his arrival, first few training sessions and debut against Inter from the bench, Fikayo Tomori gave his thoughts at the start of an exciting journey. Here his words from Milanello:

READY TO PLAY STRAIGHT AWAY
"I'm happy to be here and to be playing again. The team's doing well and I want to help them in the best way possible on the pitch, like I did on Tuesday - even if we couldn't get the win. Playing and training with players like Ibra and Mandžukić will help me a lot; I'm ready to learn a lot from them and to take all I can from them. I felt good with Romagnoli beside me on the pitch. We already have a great understanding in spite of the language barrier and I hope to play with him a lot more."

PREMIER LEAGUE ON THE PITCH IN THE DERBY
"The Premier League is really quick and aggressive and the Derby on Tuesday was very intense and full of emotions. That's fine for more because in England a lot of the games are like that, but I think it's similar here; I got that same feeling."

WHY AC MILAN?
"When you think about AC Milan, you think about the players that have played for this Club: Maldini, Nesta, Baresi and so many more in my position. I already knew the history of the Club; it's inspiring that it was founded by an Englishman and I wanted to be a part of it all. When I visited the Museum on my first day, I could feel the great tradition at AC Milan. I've arrived at a good time and I hope to help the Club get back to winning titles soon."

OBJECTIVES
"I came here with the team top of the league. AC Milan's history is all about trophies and we need to target winning the Scudetto. We shouldn't be afraid to believe in ourselves, because we can do it. But we can't forget that there are a lot of teams at a high level, who have the same aim. We need to focus on ourselves, take it game by game and play to win, as other teams will do. We need to have a strong mentality."

A CALL FROM MALDINI
"Paolo Maldini was one of the greatest ever defenders and, when he called me, I was a bit surprised but I knew about the project and didn't need long to decide. I wanted and want to be here. I was at Chelsea from the age of 7 but I'm here now. I'm concentrating hard in order to do well with my new Club."

A NEW COUNTRY
"I can't speak Italian but when the coach speaks, my teammates translate it for me. It's been easy to adjust. I've always wanted to take on new experiences, outside of the Premier League and England. Being here in Milan and Italy gives me the best possible chance to improve, both as a player and as a person."

A DIFFERENT STYLE OF FOOTBALL
"I knew there would be a lot of differences to the Premier League in terms of technique and tactics . You need to think a lot about position and formation here, and not just react from instinct. There's no better place for me to grow and evolve - thanks to advice from Paolo and the coach. A lot of young English players are beginning to realise that there is a life beyond the Premier League. I think this is a really positive thing because not many people used to go abroad. My experiences here will help me to learn a new style of football and a new culture and, at the same time, will get me out of my comfort zone."

ADVICE FROM THIAGO SILVA
"A lot of Chelsea players have played in Serie A. I spoke to Thiago Silva, but also with Jorginho, Emerson and others. They reassured me and they all told me great things, both about Serie A and AC Milan itself. I also got a lot of nice message from Chelsea fans, which I loved. My aim now is to best the best I can be for AC Milan."

HIS POSITION
"I'm not too bothered about where I play, whether that's at right centre-back or left centre-back; I'm only thinking about giving my all on the pitch and playing wherever the coach wants me to play."