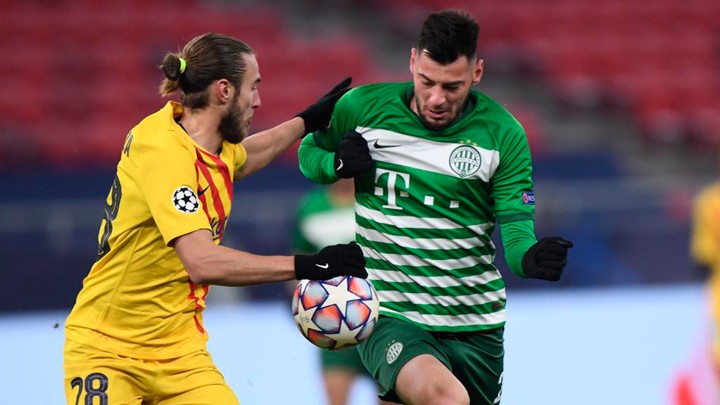 Over recent years, it has been a difficult task to hold down a place in the Barcelona first team, and even more so if coming from the youth academy.

Something that we've heard from all of the club's presidential candidates is that they need to bring back La Masia, as Ansu Fati has been the leading example of what can be produced from the club's academy.

However, he is certainly a rarity as other youth players such as Riqui Puig and Carles Alena have been struggling for game time.

The latest prospect to come from the youth ranks is Oscar Mingueza, who has found himself with an opportunity after injuries to Gerard Pique, Ronald Araujo and Samuel Umtiti.

The centre-back had quite a simple start in the first team in his three appearances, but his biggest test yet will come against Cadiz and it'll come with the added pressure of Umtiti and Araujo being close to a return.

Holding down a regular place in Barcelona's central defence is no mean feat for an academy graduate, with only Carles Puyol and Gerard Pique managing to have prolonged careers in that position in recent times.

Marc Bartra, currently at Real Betis, came closest to emulating the longevity of Puyol and Pique, but was eventually loaned out to Borussia Dortmund to find game time.

Many youngsters have tried, and failed, to turn themselves in to a stalwart central defender at the Camp Nou. It's now Mingueza's turn to show what he's capable of, staring at Cadiz.