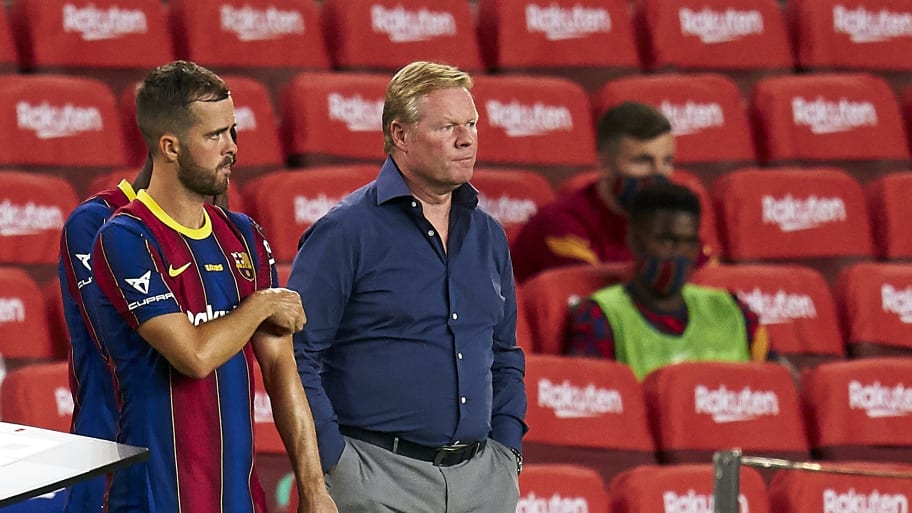 Pjanic signed a four-year contract with Barcelona in the summer of 2020, after leaving Juventus in a deal that saw Arthur Melo go in the other direction.

However, the 31-year-old lasted just one season at Camp Nou and has been loaned out to Besiktas for the 2021/22 campaign.

Though still a Barcelona player, Pjanic has not been shy in criticising Koeman, who he previously accused of 'disrespecting' him in an interview with Marca.

Now with Koeman's tenure as Barça head coach teetering on the brink of collapse, Pjanic has stuck the boot in by suggesting a 'good leader' is required.

“[Barcelona] are going through difficult times," Pjanic told beIN SPORTS. "The results are not going as the fans want, which puts pressure on the players.

"Maybe a good leader is needed to get the team back on its feet. Barcelona will return to the past, but it will take some time.

“Barça are always one of the four or five biggest clubs in the world and they will go back to the old days."

While finances remain a stumbling block, Koeman's sacking is now seen as a case of when rather than if. The likes of Xavi Hernandez and Roberto Martinez are among the contenders to take over a wounded Barcelona, who sit ninth in La Liga and have suffered back-to-back 3-0 defeats in the Champions League.

One unlikely candidate to succeed Koeman is ex-Barça star Yaya Toure, who pledged his availability to the club on social media.

"It may be a difficult time for the club but my belief for Barcelona is strong," Toure posted on Twitter.

"I will always be available for the club should they need me anytime as my heart is forever with the club, the people, and the fans."