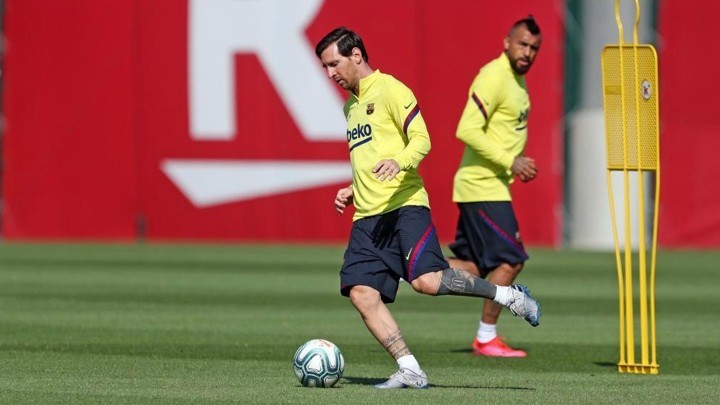 Lionel Messi was absent from Barcelona's group training session for the second day in a row on Friday.

Like on Thursday, the Argentine stayed in the gym to do exercises of preventative recuperation and didn't train with the rest of his teammates.

For the moment, Barcelona haven't released any update on their captain's fitness.

On Wednesday, TV3 reported that Messi had undergone an MRI scan and was a doubt for Barcelona's first game back against Real Mallorca.

The Catalan club have remained very relaxed over the forward's condition and there has been insistence that he'll be able to play at Son Moix, but this new absence on Friday has raised more doubts.

Barcelona are wary of the injury problems within their squad, with Samuel Umtiti, Ansu Fati and Monchu all suffering from physical problems since the return to training.

Quique Setien's side will train again on Saturday before a rest day on Sunday.