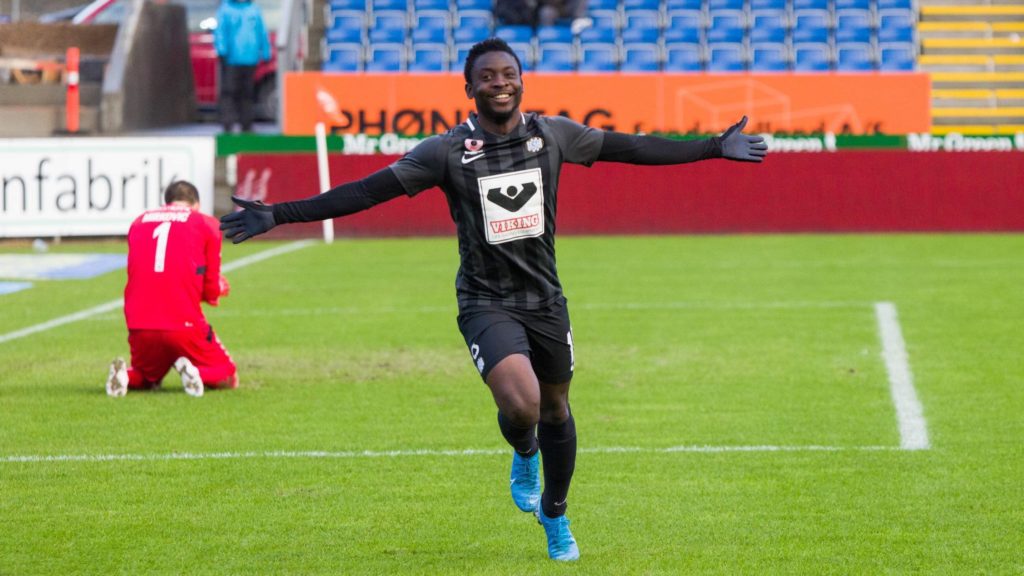 On-loan Mohammed Dauda scored his second league goal in the Danish Superliga but his side Esbjerg lost 2-1 at SønderjyskE on Sunday.

The 21-year-old striker gave the visitors an early lead in the sixth minute at Sydbank Park.

SønderjyskE hit back late on to pull the victory rag from the feet of their guests.

Artem Dovbyk levelled the scoring in the 78th minute before Cristian Jakobsen converted an 85th minute penalty to seal the points.

Dauda, owned by Belgian side Anderlecht, was making his 10th league appearance for Esbjerg.