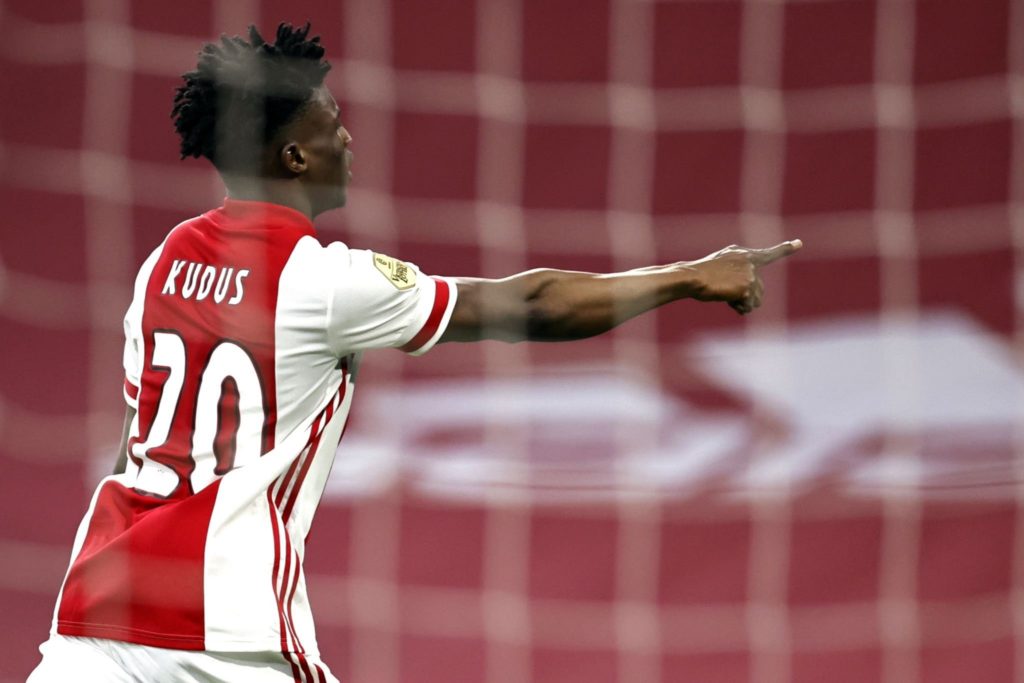 Ghana midfielder Mohammed Kudus has kept his shirt number 20 for the 2022/23 season after Ajax revealed their players' shirt numbers for the new campaign.

Kudus has been wearing number 20 since joining the Dutch giants from Nordsjaelland.

Meanwhile, Brian Brobbey, a Dutch striker of Ghanaian descent, will wear number 9. This summer, the attacker agreed to a permanent return to Ajax.

Kudus who recently turned 22 is heading into the season in great form. Last weekend, he grabbed his fourth goal in four games for Ajax in their Dutch Super Cup defeat to PSV.

Kudus came on as a second-half substitute in the 63rd minute and scored for the Dutch champions in less than 10 minutes.

He expertly controlled an aerial ball with his knee and unleashed a stunning volley into the net to bring the score back to 4-3, but Ajax were then reduced to 10 men, allowing PSV to seal victory with their fifth goal.

Kudus has thrived in his new role as a false nine, scoring four goals in 141 minutes. Last week, Ajax manager Alfred Schreuder hinted that Kudus would continue to play in the attacking role.

“We have also used him a lot in training as a striker and as a right winger. He does that very well. He plays on intuition, which makes him very difficult for opponents to defend. He is strong, fast and agile. good impression,” said Schreuder in conversation with Ajax TV.

“I don’t just do things. There’s a real idea behind this. Kudus as number seven or nine is a long-term option.”

Kudus struggled last season, playing only 20 games and scoring one goal due to injuries, but his pre-season form suggests that this season will be different.