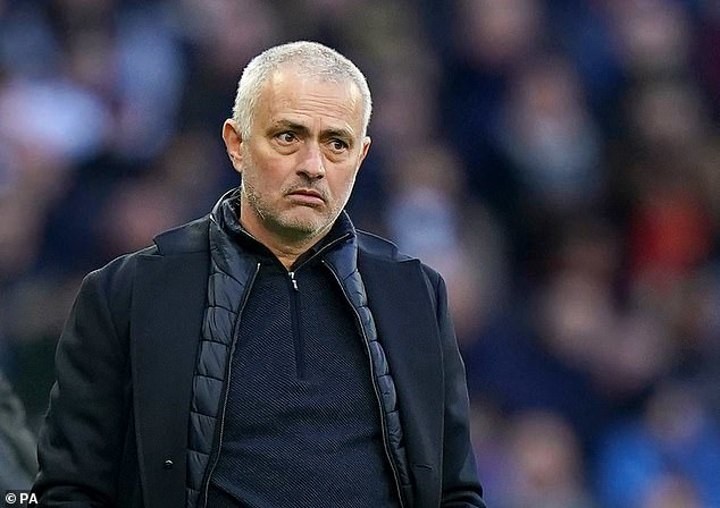 The Government have accused Jose Mourinho and some of his Tottenham players of 'endangering people's lives' after they breached coronavirus lockdown guidelines.

Spurs manager Mourinho was forced to admit he was in the wrong after flouting social distancing advice by overseeing a training session with midfielder Tanguy Ndombele on Hadley Common in Barnet.

Footage of Davinson Sanchez, Ryan Sessegnon and Serge Aurier out running and similarly defying the guidelines — introduced to halt the spread of the virus — emerged on the same day.

A Government spokesperson said: 'Our advice is clear and applies to everybody: stay at home, protect the NHS and save lives.

'You should only exercise by yourself or with your household and you should stay two metres away from anyone else at all times. Anyone not doing this is endangering people's lives.'

Mourinho, who was spoken to by unhappy Spurs chiefs, said: 'I accept that my actions were not in line with Government protocol and we must only have contact with members of our own household.

'It is vital we all play our part and follow Government advice in order to support our heroes in the NHS and save lives.'

Spurs reminded the players involved of their social distancing responsibilities. Mourinho insisted he and Ndombele stayed the required distance apart and hoped his actions will be seen as a sign of his professionalism and commitment to the job.

Police have the power to fine anyone breaching the rules.

The Metropolitan Police confirmed they received no complaints about Mourinho or his players but urged 'everyone to respect the social-distancing guidelines'.

Mourinho had been one of many football figures to display their awareness of the seriousness of the situation. Last month he volunteered at a food bank and helped deliver food to the elderly.

His decision to work with Ndombele in public has baffled some members of his squad, while Mayor of London Sadiq Khan said: ‘My concern is, particularly for children who may support Spurs or follow football, they watch these images and think, “if it’s OK for them, why isn’t it OK for me?”’