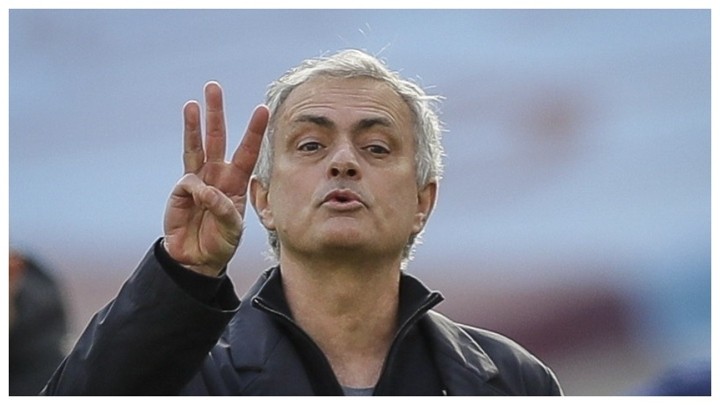 Jose Mourinho has rubbished rumours about his Tottenham Hotspur future and says that he will bring success to the club.

Speculation about Mourinho's future increased on Sunday as Tottenham's slipped to ninth in the Premier League table with a 2-1 defeat at West Ham, but the former Real Madrid boss is confident that he will turn the situation around.

"I believe that we will win through and that I will be in Tottenham's history for the good reasons and not for the bad reasons," he said in his press conference before the Europa League second leg against Wolfsberger on Wednesday night.

The Portuguese coach is in the midst of the worst run of results in his coaching career, and went on to add that there is so much speculation around him because of his previous success.

"I would like to know which coach has always had blue sky and never cloudy or a bit dark," he said.

"Perhaps only a coach who is always at a dominant club in a league. It shows how beautiful my career has been."

He said that he will do everything to get the North London club back on track.

"I want to give happiness to everyone, the chairman, the players, the fans, everybody connected to the club," he said.

"I feel one of them and I want to give happiness to them."