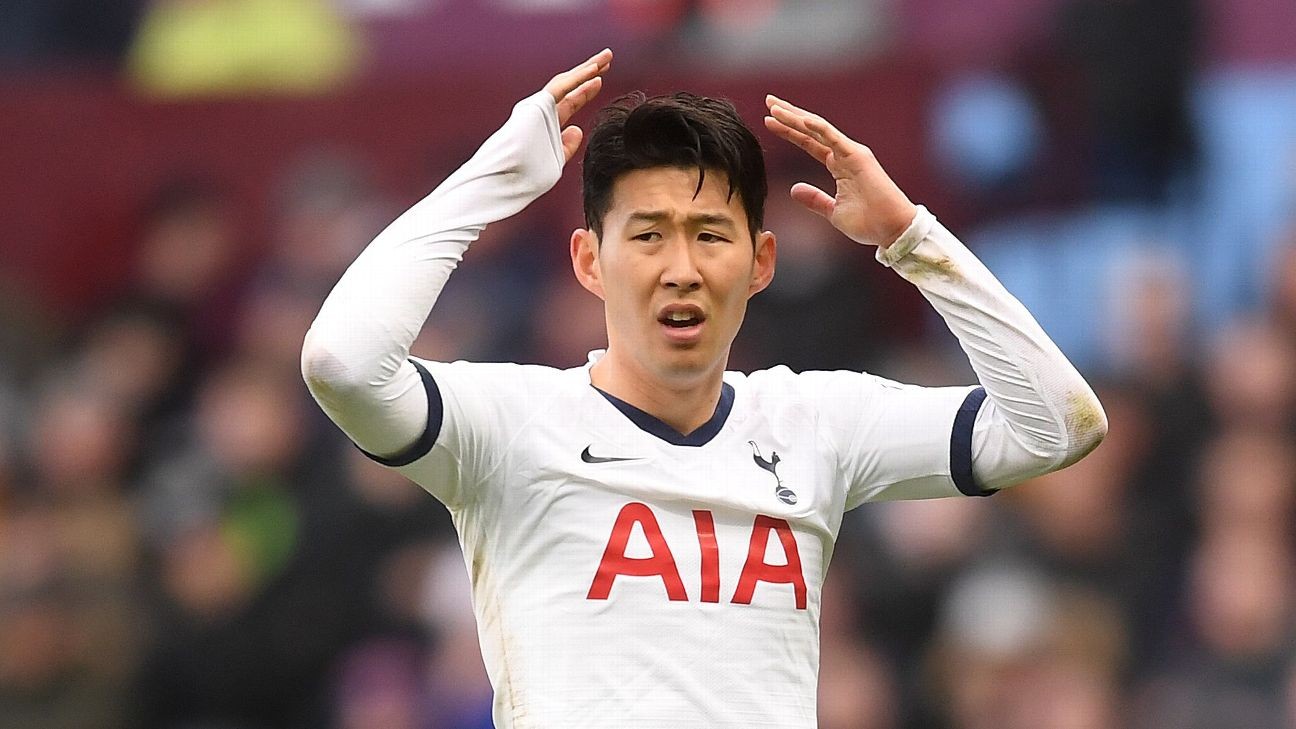 Jose Mourinho goes into vivid detail about what life will be like for Tottenham without Son Heung-min.

Craig Burley says players and managers use "clear and obvious" as a crutch to challenge correct decisions.

Craig Burley credits Jose Mourinho's Spurs for eking out a victory despite having less possession than Villa.

Son Heung-Min capitalises on a last-minute blunder by Aston Villa to earn Tottenham Hotspur a 3-2 win.

Tottenham boss Jose Mourinho has said he expects forward Son Heung-Min to miss the rest of the campaign, with the South Korea international set to have surgery after suffering a fractured arm, the club have announced.

The news comes as a huge blow to Spurs, who are already without fellow forward Harry Kane until April due a hamstring injury.

And, while Tottenham initially stated they expected Son to be out for "number of weeks," Mourinho said he was far less optimistic.

"I'm not going to count on him again this season," he told a news conference ahead of their Champions League round-of-16 first-leg clash with RB Leipzig.

"If he plays two or three games, then it's because he [Tottenham's press officer] is very optimistic, but I'm not counting on him."

Mourinho also said Son's absence is likely to mean a change in system.

"The situation couldn't be worse in terms of options," the former Chelsea and Manchester United boss added. "It's a very, very obvious situation.

Son reportedly suffered the injury early on in the 3-2 win over Villa, in which he scored two goals -- including the last-gasp winner.

Tottenham are still fighting on three fronts as they host Leipzig on Wednesday, before welcoming Norwich on March 4 in the FA Cup fifth round.

In the Premier League, they sit fifth -- one point behind fourth-place Chelsea -- with games against the Stamford Bridge side as well as other rivals for Champions League qualification in Wolves and United to come in the next few weeks.