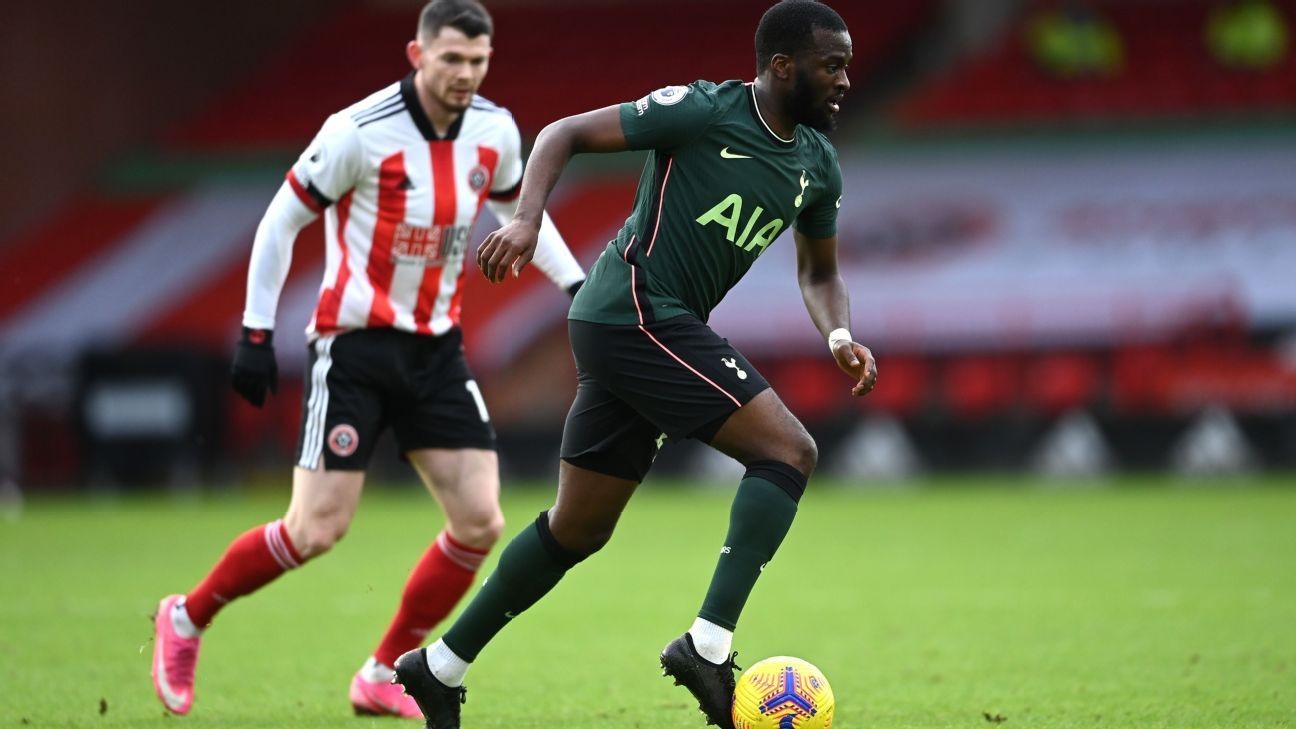 Tanguy Ndombele's transformation from expensive midfield misfit to a player beginning to look worth the £55 million Tottenham Hotspur paid to sign him from Lyon in July 2019 was encapsulated in one magical moment on Sunday.

The 24-year-old conjured a magnificently-improvised lob with his back to goal to score Tottenham's third in a 3-1 victory over Sheffield United -- only his fifth in the league for the club in a difficult year-and-a-half.

When Jose Mourinho arrived at Tottenham four months after Ndombele, it quickly became apparent that the Portuguese manager was not particularly impressed with a player who could cost Spurs another £9m in add ons.

Injuries did not help Ndombele, but Mourinho regularly questioned his fitness and ability to adapt to English football.

There seemed no future for the club's most expensive signing last March when he was hauled off at half-time at Burnley, after which Mourinho singled him out for criticism, explaining that with him on the pitch he had "no midfield".

The frosty relationship between the two appeared to have reached a head when they reportedly argued on the training ground after the restart of last season.

Yet, Mourinho offered Ndombele a chance to prove him wrong and this season he is looking like the skilful powerhouse that Tottenham thought they were getting.

On Sunday Mourinho was full of praise for the France international who has already started more league games this season than he did in the whole of the last campaign.

And with perhaps a hint to out-of-favour Dele Alli, who was left out of the squad on Sunday, Mourinho added: "It's a great example that with me the door is always open.

After having won only once in their previous six league games, victory pushed Tottenham only four points off the top of the table but Mourinho said the time to judge the season would be when it is all over.

"I think at the end of the season, with the right results, you realise how good your season was, how better it could be, how worse it could be, and where you can improve," he added.