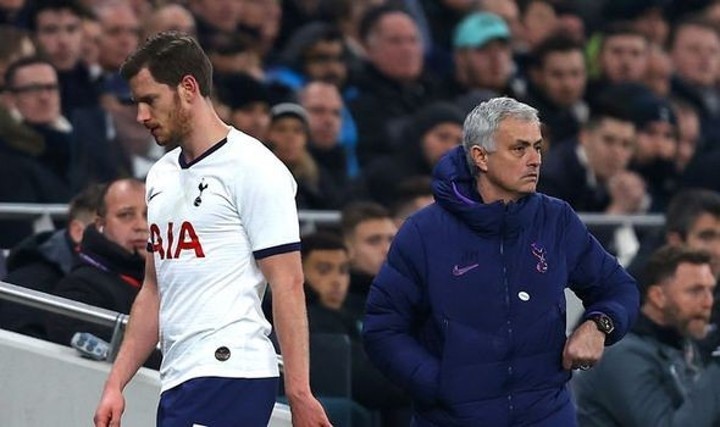 Danny Mills has claimed Jose Mourinho may be reluctant to play Jan Vertonghen between now and the end of the season as the Tottenham defender approaches the end of his contract.

Speaking exclusively to Football Insider correspondent Dylan Childs, the former Manchester City right-back revealed that some players down tools towards the end of their deals and Mourinho may, therefore, refrain from playing the 33-year-old.

Football Insider revealed that the Belgian defender, who is out of contract on 30 June, has snubbed Spurs’ offer of a one-year contract and started learning a new language.

Vertonghen is expected to complete a move to a club in either Spain or Italy when the transfer window reopens having rebuffed the club’s offer of a new deal.

When asked by Football Insider if Mourinho will be reluctant to play the centre-half knowing he is likely to leave in the summer, Mills said: “There will definitely be a reluctance, without a shadow of a doubt.

“It will come down to the individual and whether the manager trusts the player.

“Aaron Ramsey was magnificent for Arsenal and everybody knew he was leaving but he still put a shift in. He did not shirk any challenges or shy away from anything and got injured because of that as well.