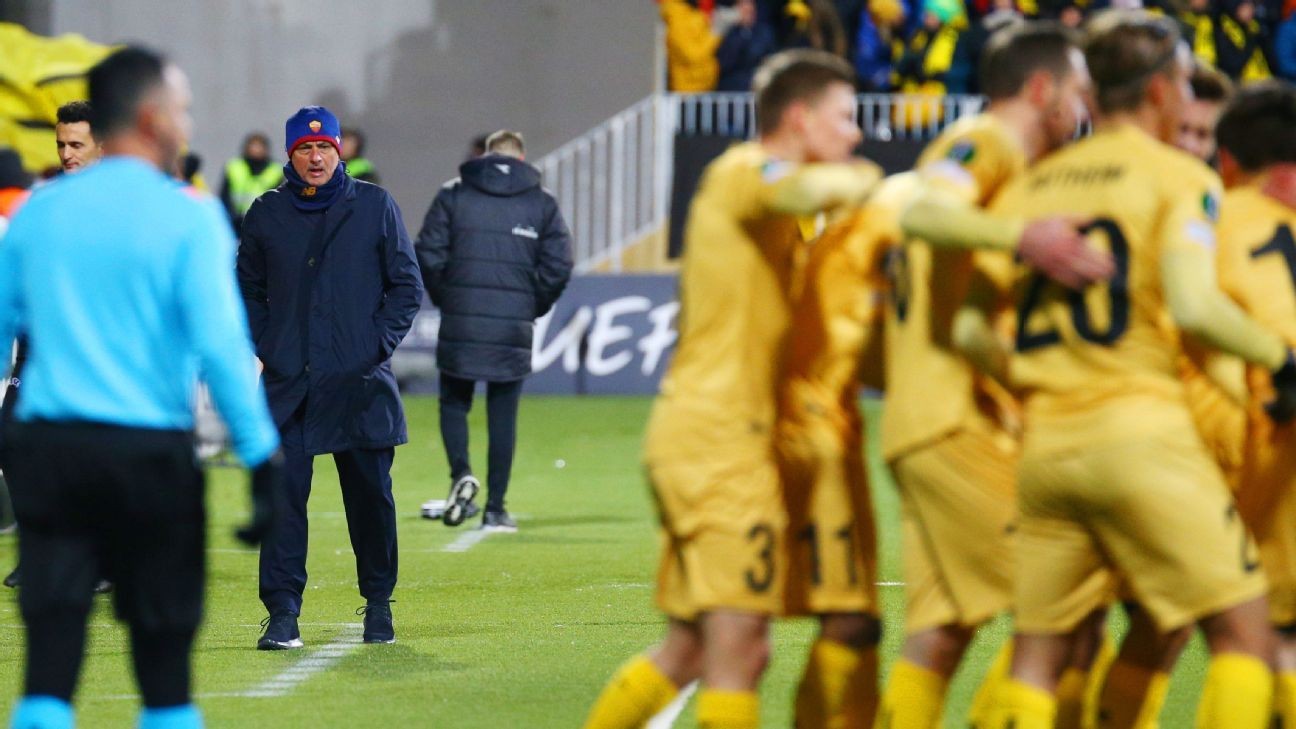 Jose Mourinho suffered one of biggest defeats of his coaching career as AS Roma stumbled to a shock 6-1 loss at Norwegian champions Bodo/Glimt in the Europa Conference League on Thursday.

Erik Botheim and Ola Solbakken scored twice each for the home side, who led 2-1 at halftime and ran rampant in the second period to stun the Italians.

It was the first time in 1,008 games as a coach that a Mourinho side conceded six goals or more.

He did rest a number of first-team regulars, perhaps in anticipation of a comfortable night, and was made to pay.

"I decided to play with this line-up, so the responsibility is mine," the 58-year-old Portuguese told Sky Sport Italia. "I did it with good intentions, to give an opportunity to those who work hard and to rotate the squad on a synthetic pitch in cold weather.

"I never disguised the fact we were a squad with real limitations. We have 13 players who represent one team, the others are on a different level. We lost against a team that showed more quality on the night. It's that simple."

The defeat may not have been quite as painful for Mourinho as Real Madrid's humiliating 5-0 loss to Barcelona in 2010 but Roma, who started the Europa Conference League with two wins, are now in second in the group on six points, one behind Bodo/Glimt.