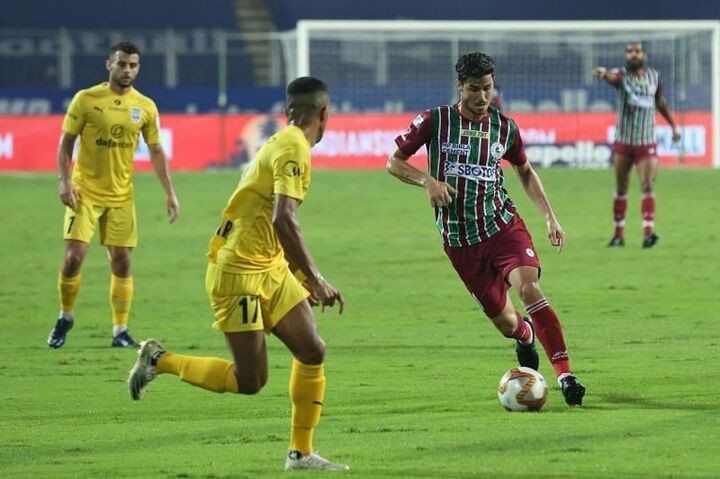 With an Asian berth at stake, ATK Mohun Bagan FC will play Mumbai City FC in the Indian Super League (ISL) at the Goa Medical College in Bambolim on Sunday. The clash between the top two teams will determine India's representatives at the AFC Champions League 2022.

Antonio Lopez Habas's ATK Mohun Bagan FC occupy the top spot in the league standings with 40 points from 19 matches. The Mariners are on a six-match undefeated run.

They come into this fixture on the back of a pulsating 2-2 draw with Hyderabad FC. The Mariners just need a single point to advance to their maiden AFC Champions League campaign in 2022.

Sergio Lobera's Mumbai City FC are placed at the second position in the league table with 37 points from 19 games. The Islanders were pegged as the favorites to qualify the continental competition for most parts of the season until a recent slump in form.

They have managed to win just twice in their last six fixtures, which also includes three losses. The unavailability of key players also is a concern for the Islanders.

Mumbai City FC need to get all three points on Sunday to confirm their berth in the AFC Champions League.

The Islanders registered a massive 6-1 win over Odisha FC in their previous fixture.

ATK Mohun Bagan FC and Mumbai City FC have played each other only on one previous occassion. The Islanders ran out 1-0 winners in the fixture earlier this season.

Sergio Lobera will miss the vital presence of Hugo Boumous in the central midfield. Boumous is the midfield lynchpin of his side and also has the most assists. The Morrocan-French Midfielder is serving a four-match suspension for an altercation with match officials in a 3-3 draw with FC Goa. Vignesh Dakshinamurthy is also unavailable for selection due to a suspension.

Michael Soosairaj and Jobby Justin are not available for selection due to respective injuries. Sandesh Jhingan has a knock to his knee and is doubtful for the all-important clash.

The Mariners are a resolute side with exemplary levels of defensive discipline. Despite Mumbai City FC winning the corresponding fixture, the Mariners go into the clash as firm favourites and are expected to seal the continental berth with all three points.