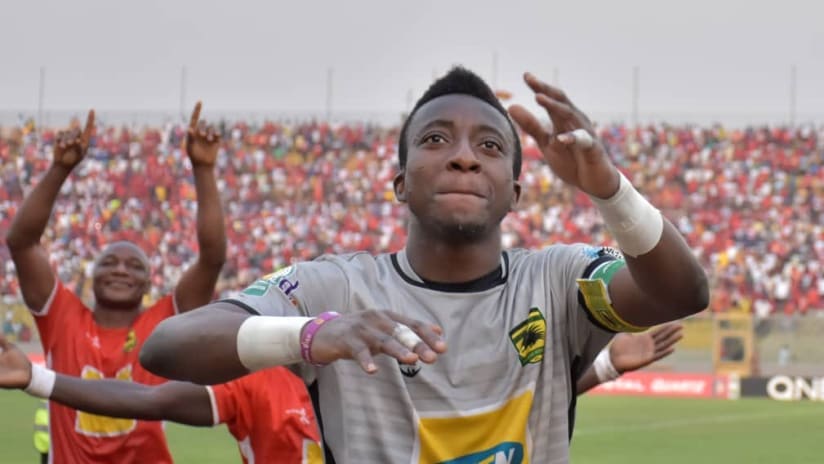 Asante Kotoko captain Felix Annan says it is his wish to win more trophies including the CAF Champions League before leaving the club.

The shot-stopper has been a Kotoko player since 2011, joining the Ghanaian giants from Gomoa Fetteh Feyenoord Academy (now known as West African Football Academy, WAFA) and has won two trophies.

The 25-year-old was part of the squad that won the 2012/13 Ghana Premier League and he was in goal when the Porcupine Warriors thrashed Hearts of Oak in 2017 FA Cup final.

“So as far as I’m here, as far as each and every day I’m working for this club, I’m going to try and help the team when I’m asked upon so that we can also win something the fans will remember us for,” he said.

“I also want to leave a legacy so I will be remembered one day, after all, I did my best and I gave my best for the club, he added.

Annan, despite joining in 2011 had to wait until 2016 to become the club's first-choice goalkeeper. This is after excelling on loan at his boyhood club, WAFA.