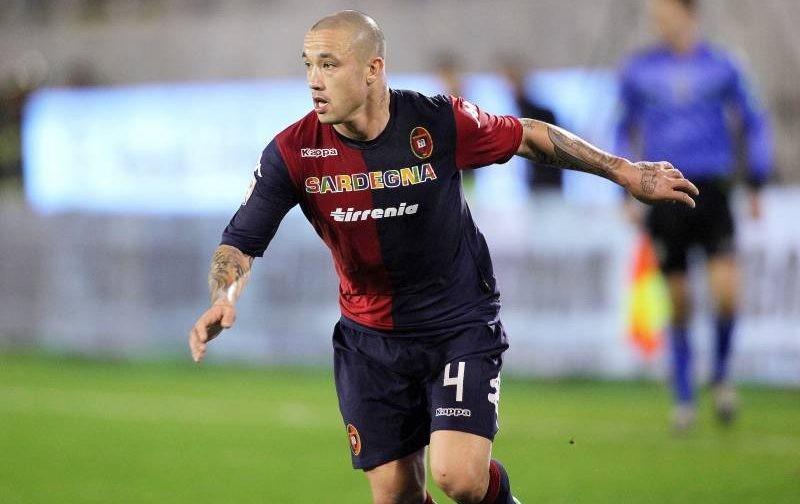 It doesn’t appear as though Radja Nainggolan’s return to Cagliari has changed the midfielder’s ways as he was caught smoking on camera.

The Belgian recently rejoined the Isolani after being forced out by Inter, as the Nerazzurri made it clear that the former Roma man would not feature in their plans for the 2019/20 season.

Nainggolan’s return was met with roaring approval by Cagliari fans as they welcomed him back at the airport, and it appears he has quickly settled into life in Sardinia after being caught smoking on camera.

The midfielder can be seen with his Cagliari teammates at a festival, and despite the numerous people and phones surrounding him, he shows no hesitation in lighting a cigarette.

While Nainggolan certainly isn’t the first player to be seen smoking, the incident will no doubt add to the growing belief that his off-field behaviour played a part in his exit from Inter.